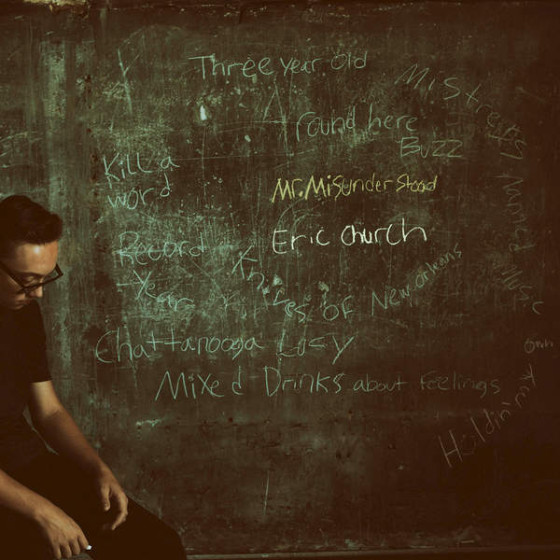 Eric Church sent his surprise Mr. Misunderstood album to his fan club, the Church Choir, on Wednesday (11/4). It was unannounced, unexpected and a huge treat for those fans, as well as for radio, who also received the new album.

On the cover is a shot of a young man sitting in front of a chalkboard on which the song titles were written. The boy, 14-year-old McKinley “Mickey” James Smay from Webster, New York, read a short note explaining why he was there. He’s the star of the video for the title track, “Mr. Misunderstood,” and sort of the face for the project itself. The young musician is the son of rock drummer Jason Smay, who also appears in the clip.

In a note sent to fans and distributed to reporters backstage at the CMA Awards, Eric wrote that his son named one of his guitars “Butter Bean,” and that he used the guitar to write the songs on the new album, starting late this summer. “20 days later, I had 18 songs. 20 days following that, I had 10 recorded. That was 30 days ago. It always takes me time to look for inspiration to make a new album but this time, inspiration came looking for me. Together, we found Mr. Misunderstood. Today, it’s yours.”