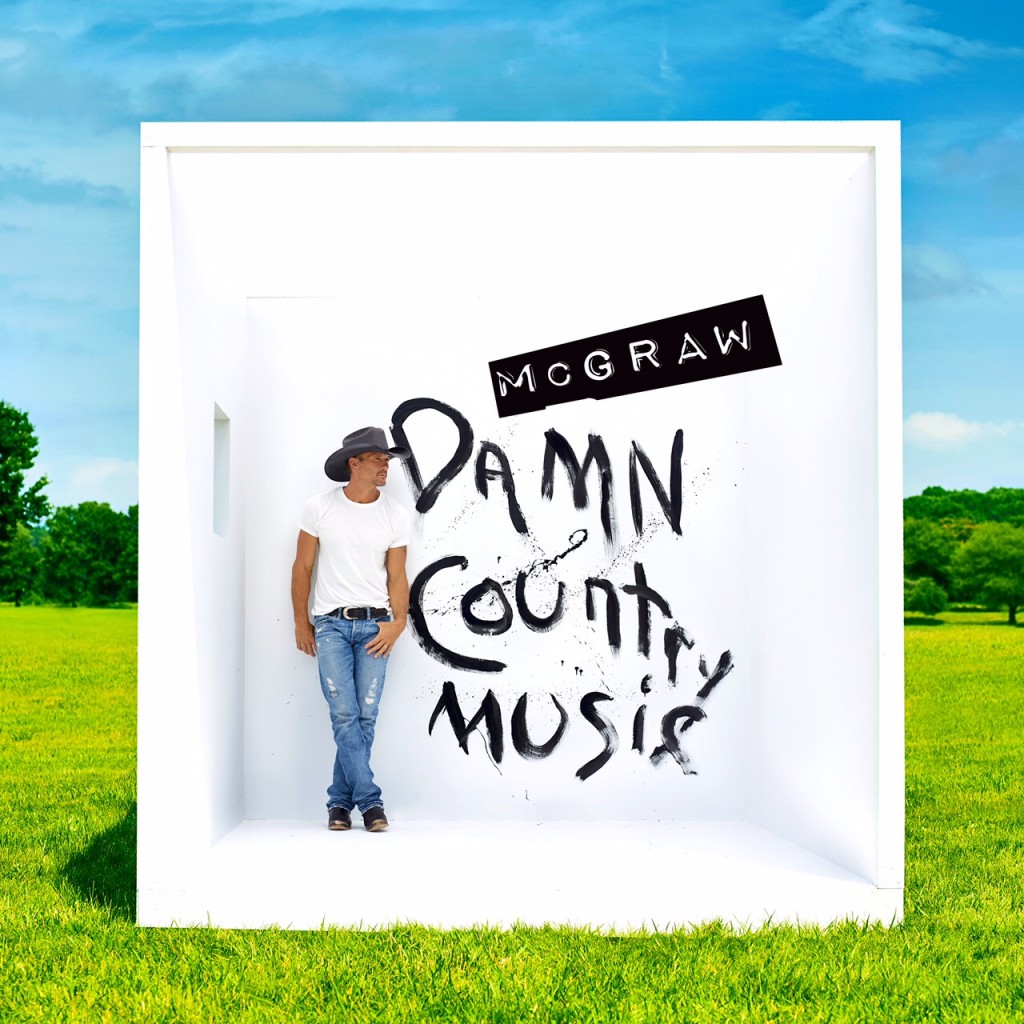 Both the standard and deluxe editions of Damn Country Music are now available for pre-order at TimMcGraw.com along with several tiers of special packages, including a limited run of signed Taylor guitars, limited edition T-shirt, lithograph, sterling silver guitar pick necklace, and a 2016 Calendar, and the album. The album’s deluxe version will feature three bonus tracks.

To McGraw, the album’s title track is reflective of the entire record’s tone and his musical journey thus far. “When I recorded ‘Damn Country Music,’ it was one of those electric moments. It speaks to a passion and being at a crossroads in your life when you make that decision to pursue it knowing you might pay a heavy price,” says McGraw.

Damn Country Music’s lead single, “Top Of The World,” has been rocketing up the country radio charts since its out-of-this-world debut in August. The song’s widely-viewed lyric video features an intimate look into McGraw’s life as he surveys various personal photos and memories.

The release of Damn Country Music will cap off an exceptional year for McGraw, which began with a critically-acclaimed & trending performance of “I’m Not Gonna Miss You” from Glen Campbell: I’ll Be Me at the 87th Academy Awards on February 22. In April, McGraw was included on TIME 100 – Time Magazine’s list of the 100 most influential people – and narrated the ESPN Films & SEC Network documentary Shaq & Dale, which detailed the enduring relationship between basketball icon Shaquille O’Neal and his former Louisiana State University coach Dale Brown.

Continuing to bolster his film career, McGraw starred in Disney’s Tomorrowland in May before kicking off his wildly successful Shotgun Rider Tour in June. The tour thrilled thousands of fans and awarded mortgage-free homes to veterans through McGraw’s partnership with Operation Homefront & Chase in more than 30 cities throughout the summer. The tour will conclude on September 19 in Irvine, CA to a sold-out crowd.