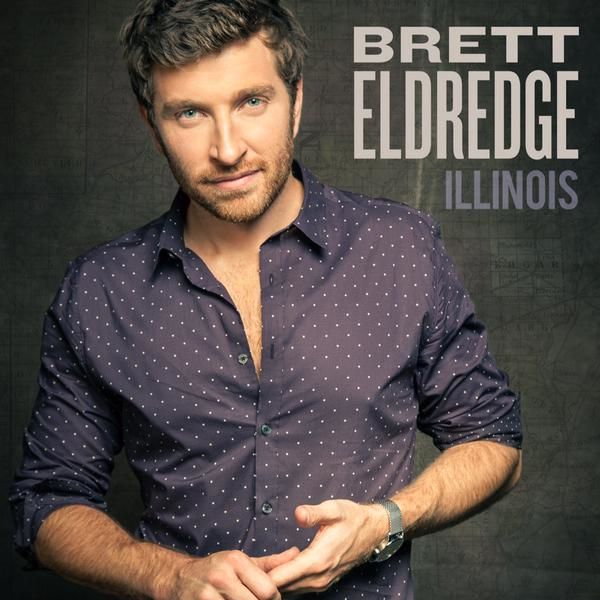 Country sensation Brett Eldredge is gearing up to release his sophomore album, ILLINOIS, on September 11.  The new album will feature 12 brand new tracks, including his latest Top 5 & climbing hit single, “Lose My Mind.”

CountryMusicRocks chatted with Eldredge to talk about his forthcoming album. Eldredge describes his new record as soulful.  “I am a soulful guy deep down at heart” Brett shared. “I love singing with a thick voice and really getting my voice out there and getting the soul side of my music out there. That’s what I want to do with this record, get a little bit of my soulful style out there.”

This soulful theme found throughout the record is why “Lose My Mind” was the first single to be released from ILLINOIS.  “That’s why we led with the single “lose my mind,” because it was a new thing that I haven’t done yet, but it has always been in me. I’ve really wanted to release a song like this, and that’s just a taste of what we have coming up on this record.”

For folks wondering what type of songs to expect on the record, Eldredge explains, “There are several story songs like my first album and general good love songs. I love to sing love songs, I’ve put several out already. I think it’s definitely growth for me and some new sound for me, but it’s also got some of the roots that I built my first album off of.”

Brett Eldredge is excited to get his new album in the hands of country music fans! “I’m so ready to get it out there, I’m chomping at the bit!”  I think it ‘s safe the say that the feeling is mutual, and fans can’t wait to get Brett’s new album.

Brett Eledredge’s sophomore album ILLINOIS will be available at retail stores and digital music outlets on September 11.  Order you copy of the album on iTunes HERE.