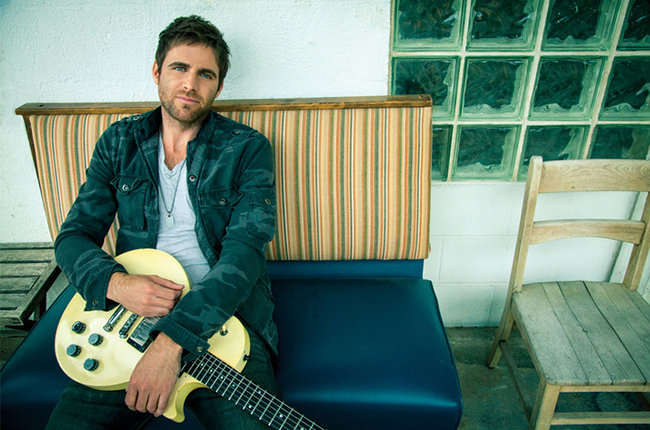 Singer/songwriter Canaan Smith will stop by NBC’s TODAY Show for the first time to perform his new single “Hole In A Bottle” on Monday, September 14. Canaan is slated to perform during the 10AM-11AM hour of the show with hosts Kathie Lee Gifford and Hoda Kotb.

Following Canaan’s Gold-Certified No.1 hit “Love You Like That,” the Mercury Nashville artist wrote “Hole In A Bottle” with longtime co-writers Brett Beavers and Dan Couch. The upbeat, feel-good tune is featured on Canaan’s album Bronco which debuted in the Top 5 on Billboard’s Country Albums Chart.

In support of the new single, Canaan recently compiled a tour footage video featuring performances of “Hole In A Bottle” which can be viewed here: https://goo.gl/YoyuHn.

While out on the Sounds of Summer Tour with Dierks Bentley, Canaan often opens his full-throttle set with “Hole In A Bottle” which he says “sets the tone for a great night because we come to party and want the fans to feel that energy too.” Canaan notes “it found a good spot on the album too for the same reason. Fans can dial it up when they’re in the mood for a good time.”

Canaan will continue on the Sounds of Summer Tour through September with upcoming dates in Minneapolis, MN and Kansas City, KS. The Virginia native is on track to play over 175 shows for more than 625,000 fans this year.