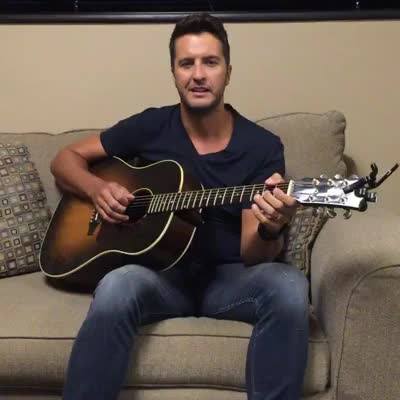 Every day, musicians, athletes, politicians and other influencers use Facebook Mentions to share and connect with their fans, and more than 900 million people are connected to public figures on Facebook.

This week, Facebook introduced Live, a new way for public figures to share live video from Mentions with their fans on Facebook. Yesterday, CMA and ACM ‘Entertainer of the Year’ Luke Bryan was ‘super excited’ to be broadcasting Live from Nashville and last night he performed, “To The Moon And Back” — all in real time. In case you missed it, check out the performance here !

Luke Bryan’s current single, “Kick the Dust Up,” is his 13th career no. 1 and is the fastest rising single of his career. Luke’s highly anticipated 5th studio album KILL THE LIGHTS is due in stores this Friday, August 7th and is available for pre-order now at http://umgn.us/lbktl .

Just for y’all…an exclusive track off my new album Kill The Lights http://umgn.us/lbktl