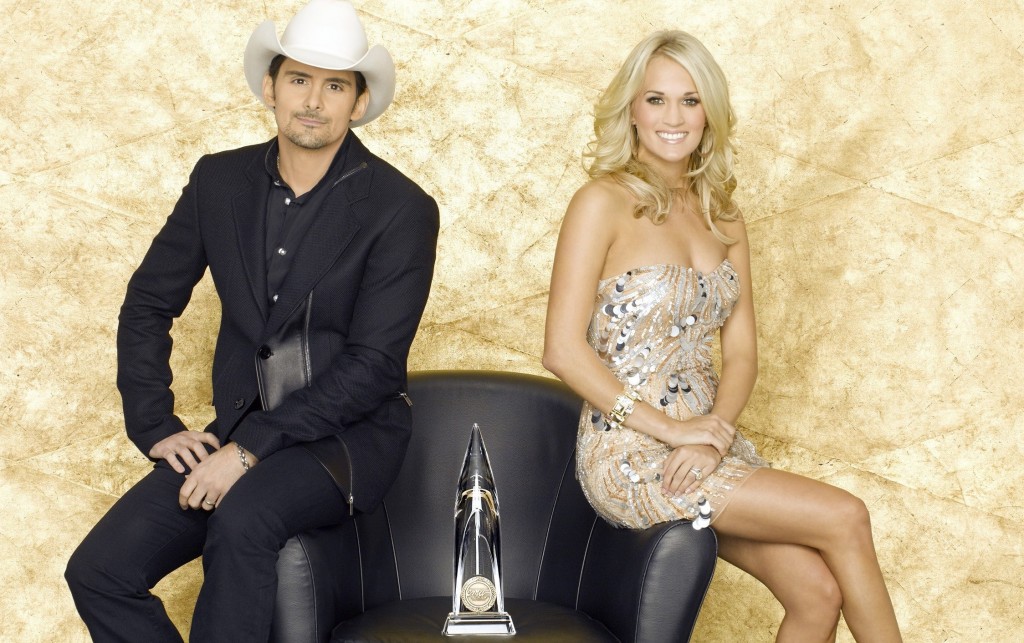 Country superstars Brad Paisley and Carrie Underwood will be returning to host “Country Music’s Biggest Night™” for the eighth consecutive year in 2015. “The 49th Annual CMA Awards” airs live from the Bridgestone Arena in Nashville on Wednesday, Nov. 4 (8:00-11:00 PM/ET) on the ABC Television Network.

“We are so fortunate to have Carrie and Brad hosting the CMA Awards for the eighth time,” said Sarah Trahern, CMA Chief Executive Officer. “They have real chemistry on stage and bring credibility, comic timing, and critical acclaim to ‘Country Music’s Biggest Night.’”

“Brad and Carrie are great hosts because they are very active collaborators in the process,” said Robert Deaton, Executive Producer of the CMA Awards. “They are heavily invested in the continued success of the CMA Awards while being mindful of the prestige and history. They are not simply setting the bar for hosting an awards show, they are surpassing it every time they step out on our stage.”