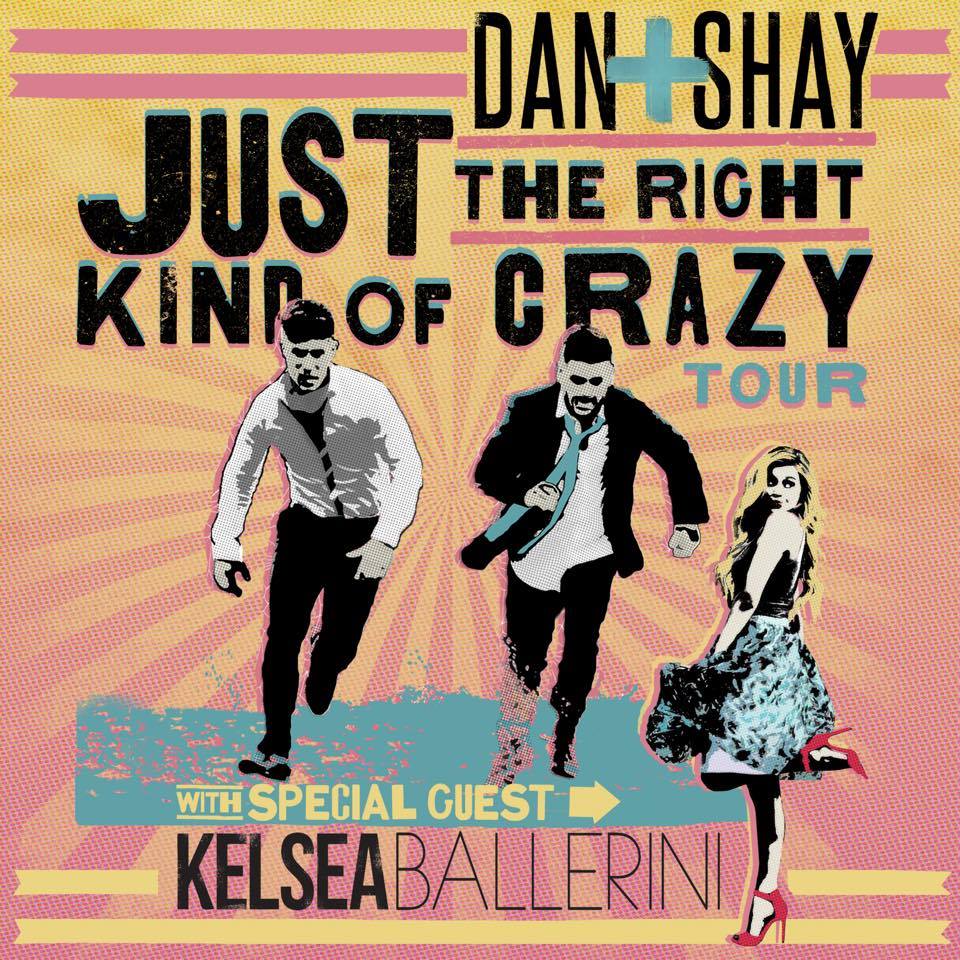 Dan + Shay just announced their new fall headlining tour, the ‘Just The Right Kind of Crazy Tour’! Earning its name from a lyric from their latest single, “Nothin’ Like You”, the tour will feature their chart-topping friend, Kelsea Ballerini, on select dates!*

The tour kicks off on October 1 in Louisville, Kentucky, and the 15-date tour will stop at clubs, amphitheaters, several colleges, and the Naval Air Station in Jacksonville, Florida. Tickets and VIP packages go on-sale THIS FRIDAY!

Dan said, “We are PUMPED to hit the road this fall with a newly designed set list and light show! And we’re really excited to have our good friend Kelsea Ballerini on a handful of the dates. As always, we look forward to meeting as many fans as possible at the shows. See y’all out there!”

The tour is only part of the excitement building around Dan + Shay. The third single from their No. 1 debut album Where It all Began, “Nothin’ Like You” continues to climb the charts and is accompanied by an adorable video which features Nashville rescue dogs, two of which were adopted immediately following the video debut. With the help from local animal rescue Proverbs 12:10, almost 40 pups were cast in the video, which was shot in Nashville earlier this summer.

Hey Kelsea Ballerini, if you're not busy this fall, we're callin' #Dibs.

Oh hay Dan + Shay… this is gonna be a FUN FALL. #NothinLikeYou