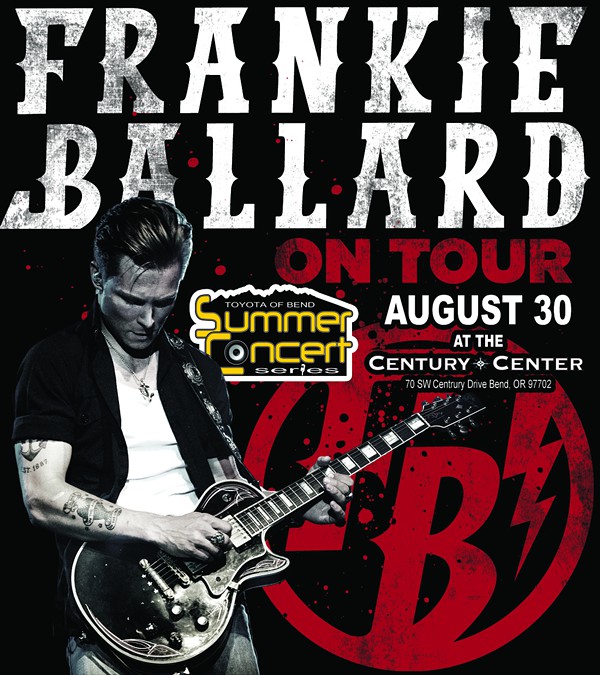 Frankie Ballard has been keeping everyone “Young & Crazy” this summer as his latest single has been rocking country radio. The new hit is climbing to the top of the country charts, following in the footsteps of his previous two consecutive #1 hit songs!

We’re so excited that Frankie Ballard will be returning to the Pacific Northwest to play at Century Center in Bend, OR on August 30th (tickets available here). To celebrate Ballard’s upcoming performance, we’ve got your chance to WIN a pair of Concert Tickets and Meet & Greet passes!!! To enter to win, simply “Like” Country Music Rocks and Frankie Ballard on Facebook, and fill out the entry form below. One winner will be randomly selected after contest closes on August 25. Travel is not provided. One Entry Per Person. Good Luck!!

One reply on “CONTEST: Enter To Win a Pair of Frankie Ballard Concert Tickets and Meet & Greet Passes”