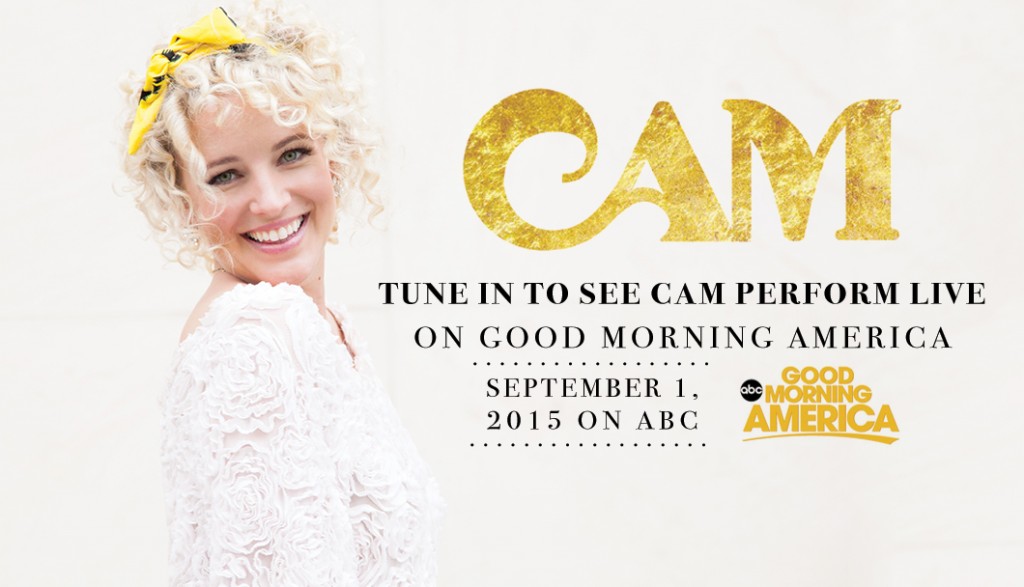 Arista Nashville/RCA Records singer/songwriter Cam will make her debut appearance on ABC’s Good Morning America on September 1 with a performance of her personal and powerful new hit, “Burning House.”

A song that Billboard calls “a smoldering ballad,” “Burning House” remains the highest-charting solo female song at country radio for a fifth consecutive week, currently #22 and #23 respectively on the Country Aircheck and Billboard country airplay charts.

Fans can also watch for Cam in a feature story in this weekend’s edition of the CMT Hot 20 Countdown, premiering Saturday, August 29, at 9 AM ET/PT and re-airing at the same time on Sunday, August 30.

This week, Cam’s “Burning House” vaults past 8 million streams on Spotify, where her Welcome to Cam Country – EP debuted exclusively earlier this year. Hear it at spotifycamcountry.

Cam recently talked about “Burning House” and much more in the Nash Next Artist Spotlight of the August 24 issue of Nash Country Weekly. The feature is also online HERE.

The Welcome to Cam Country EP is available for sale HERE.