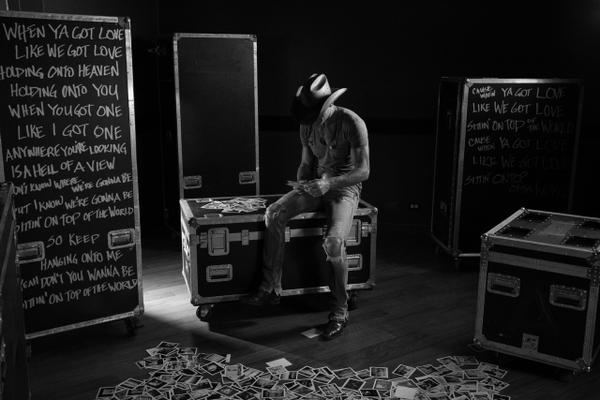 Superstar Tim McGraw premiered the lyric video for his new single, “Top of the World,” exclusively with VSCO with the launch of his account.  You can view the video here . The photocentric nature of the new lyric video is a perfect fit with VSCO, an art and technology platform that provides digital tools to empower creatives worldwide.

Using the journal to give an inside look at the concept behind the lyric video, the McGraw feed shows behind the scenes photos from the shoot along with memorable ‘top of the world’ moments from McGraw’s life. This one of a kind premiere on an artist’s VSCO profile is a first for the platform . You can view McGraw’s photo grid here and his journal here .

“Top of the World,” produced by McGraw and Byron Gallimore, is the first single of McGraw’s upcoming studio album being released this fall. An exclusive 15 second video clip of the song was sent to NASA and the International Space Stations via Twitter for a first of its kind, exclusive galaxy wide debut.