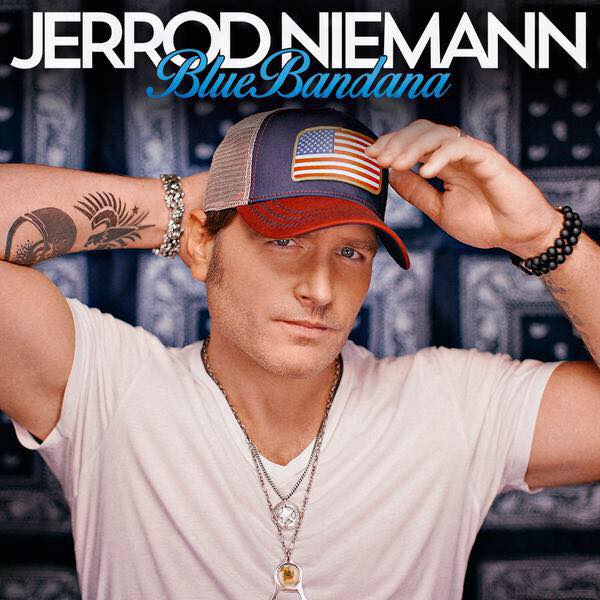 Jerrod Niemann is back with an impressive brand new single,“Blue Bandana.” The new track is set to impact country radio on July 27, and serves as the first release from his forthcoming, early 2016, studio album.

Written by Ben Goldsmith, C.J. Solar and Andrew Scott Wills, “Blue Bandana” is a solid introduction for what’s ahead from Jerrod Niemann. A vivid picture is painted, and a connection is made throughout the song. Niemann brings to life a carefree girl whose love for music brings her to festivals such as Merlefest, Bonaroo, Cochella, and many more. Just like the girl in the blue bandana that made a lasting & memorable first impression, so does this new song. It leaves listeners wanting to follow Jerrod on his new journey to the upcoming album. The musicality of the project is on point, and coupled with Jerrod’s undeniable solid vocals, “Blue Bandana” is a timeless song that will make for a great fit on country radio now, and for years to come.

Throughout the past few years, Jerrod has showcased many layers to his artistry, and “Blue Bandana” is another brilliant example.  Niemann is anything but predictable, and he constantly keeps the industry on their toes. His innovation with the music he releases is refreshing as he consistently delivers something new, and not like anything else he’s previously released.

“Blue Bandana” is a game changer for Jerrod Niemann, and hopefully it will find its way to the top of the country charts.

Pick up your copy of “Blue Bandana” available now on iTunes HERE. Also, be sure to call in and request this new single at your local country radio station.