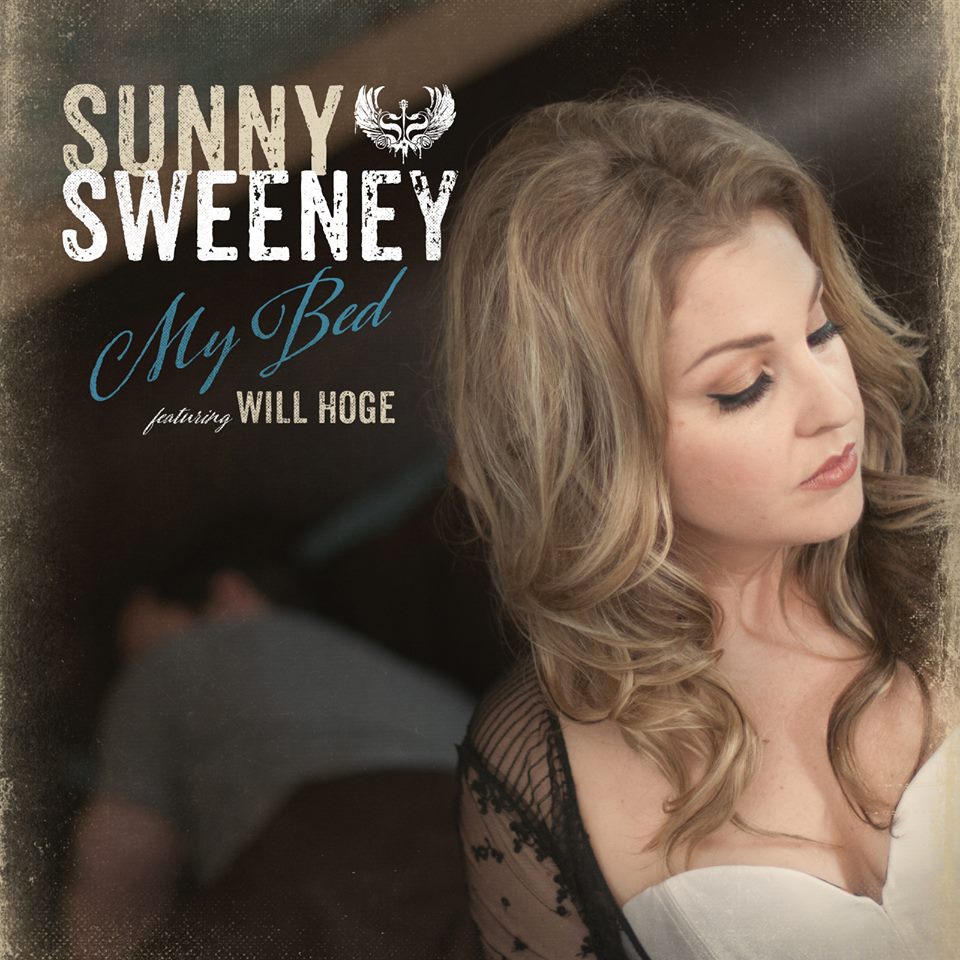 It’s not every day that a woman tops the Texas charts with back-to-back No.1s. In fact, this week Sunny Sweeney sets a new record as the first female to have ever reached No.1 with consecutive singles in the history of the Texas charts.

“My Bed,” a duet sung by Sweeney and GRAMMY nominated Will Hoge, is the second single off Sweeney’s critically acclaimed album Provoked, following the success of her first single “Bad Girl Phase,” which spent two weeks at No.1 in fall of 2014.

“I am very honored to be the first female to ever have two number one songs back to back on the Texas music chart,” Sweeney expressed. “I believe firmly that if you just keep following your heart and working your butt off, you will see the payoff and positive results. Being able to finally work with my friend Will Hoge was so exciting for me. The addition of his voice completed the song.”

“My Bed,” written by Sweeney, Ashley Monroe and Angaleena Presley, is an emotional and meditative ballad about the dissolution of a marriage. Sweeney, who has been through a divorce herself, says she has been touched to see the emotional connections her fans have with this song.

“People have come up to me after shows and said, ‘I’ve been there.’ I said, ‘Me too, honey.’ I think everybody has, not necessarily a marriage, but a bad breakup where you’re at that point,” Sweeney told Billboard. “To me, it’s one of those stories to where if I heard it as a fan, I would relate to it. I’ve been through that before and I wish I had that to listen to. Music helps me cope, it has my whole life. I’m excited that everybody is digging it.”

Not only are Sweeney’s fans digging it, but she’s turning critics’ heads as well. The Tennessean called the Texas native “stone cold country” in its recommendation of “Don’t Miss Acts” of CMA Fest 2015. Rolling Stone also projected Sweeney to be one of the “CMA Fest 2015: 25 Must-See Acts,” noting “She frequently injects her songs with a biting sense of humor but can also pull off a heartbreaking ballad beautifully, like her recent ‘My Bed’ duet with Will Hoge, from the excellent Provoked LP. Best of all, Sweeney’s unfiltered approach means never knowing what might happen during a show.” And it looks like she didn’t disappoint as Rolling Stone again named her one of the “30 Best Things We Saw At CMA Fest,” labeling her performance a “balls out set.”

“We thank Texas radio as they show again that they are as open to great tomatoes as well as great lettuce,” said Macias. “We are unceasingly proud of Sunny. Her top shelf music and fighting independent spirit are so appreciated by all of us at Thirty Tigers.”

Provoked, which Rolling Stone ranked among the Top 10 Country albums of 2014, is proof according to The Washington Post that “she [Sweeney] still belongs alongside Miranda Lambert and Gretchen Wilson on Nashville’s A-list of no-guff-takers.” Earlier this year, Sweeney spent time on the road with Lambert as part of her Certified Platinum Tour and continues to play dates throughout the US this summer.