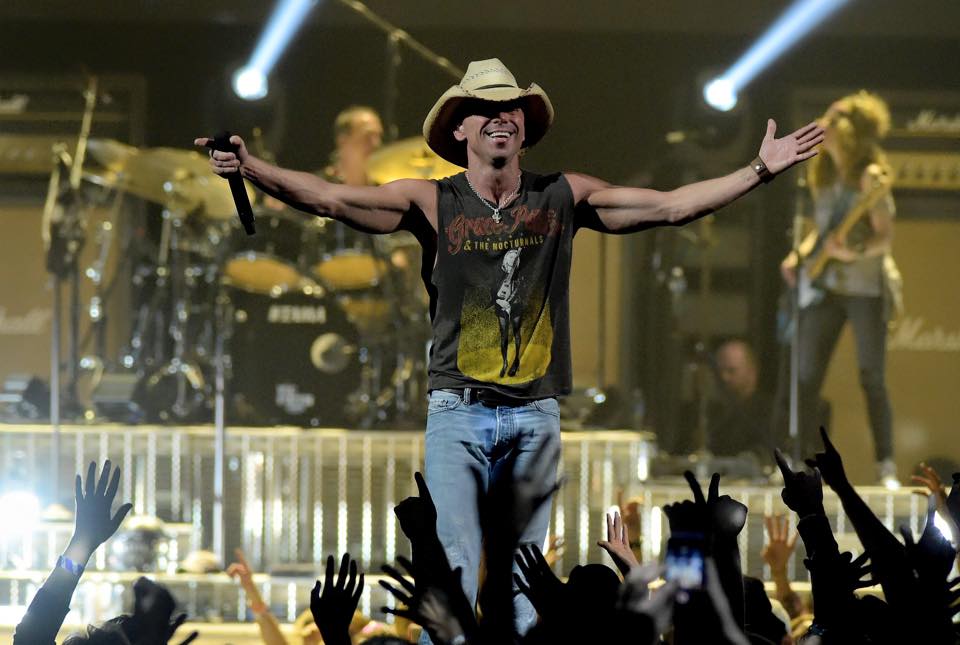 Kenny Chesney knew he wanted to say some things that weren’t being said when he went in to make The Big Revival. One thing that was important to him was celebrating the potency of women’s spirits, hearts, and souls – beyond whatever physical attributes they might also have – and he wrote “Wild Child,” a dreamy ballad that once again features Grace Potter, to do just that.

Ironically, as Bonnaroo 2015 breaks camp for another year, the song that celebrates the storied music festival as well as Burning Man, hits No. 1 on the Billboard and Mediabase Country Singles charts – marking the first time since Hemingway’s Whiskey that Chesney has seen his first three singles top the charts. It is also the very first No. 1 for Grace Potter, who shared a GRAMMY nomination with Chesney for “You & Tequila.”

“I knew this was a very special song when I finished writing it with Shane (McAnally) and Josh (Osborne),” Chesney allows. “It was everything I wanted to say about what makes a woman alluring…about those things that capture your imagination and make you want to be closer. It certainly wasn’t the norm of what was happening with country radio, but it felt like something I wanted people to remember, to think about.

“We didn’t know how it was going to do, especially right now when ballads are everything people aren’t listening to, but we believed in the song. I wanna say ‘thank you’ to country radio for thinking outside the box. Your support made this possible.”

Currently on tour with The Big Revival, Chesney sold a million tickets before ever playing the first note. Having headlined Florida’s Country Superfest on Sunday night to record-breaking crowds, he broke his own attendance record in Pittsburgh and is playing to unprecedented crowds and reviews, including The Dallas Morning News who quantified the singer as “Two parts Mick Jagger, one part Bruce Springsteen, one part Billy Graham.”

But ultimately, it is the fans who make the tours and respond to the songs. For Chesney, enjoying his 12th year as a headliner, it is the spirit of “Wild Child” that defines his fans, the No Shoes Nation, and the best of every woman he sees when he looks out from the stage.

“To me, a girl who is so alive, so in the moment, so curious and hungry for life…There’s nothing like her,” Chesney said of the song’s inspiration. “You can’t tie ’em down. So free…and so intense because of it. Nothing is more attractive. To me, that makes women really special. Whether they want to live in the mountains, become a doctor, play music in Hawaii, surf around the world, whatever their passion is, that is what drives them – and man, it’s an amazing thing.

“When we wrote this, I knew we needed Grace Potter’s voice on there, because she is everything the song is about. That it gets to be her first Number One record somehow seems so right, because the song is her, as well as so many other women and young girls that I know.”

Marking his 27th No. 1, Chesney continues creating the songs that hold people’s lives. With the GRAMMY and multiple Academy of Country Music nominated “American Kids” and the invitation to live every moment to the hilt “Til It’s Gone” already topping the charts, The Big Revival proves another core sample of who country fans are and the moments that matter most.