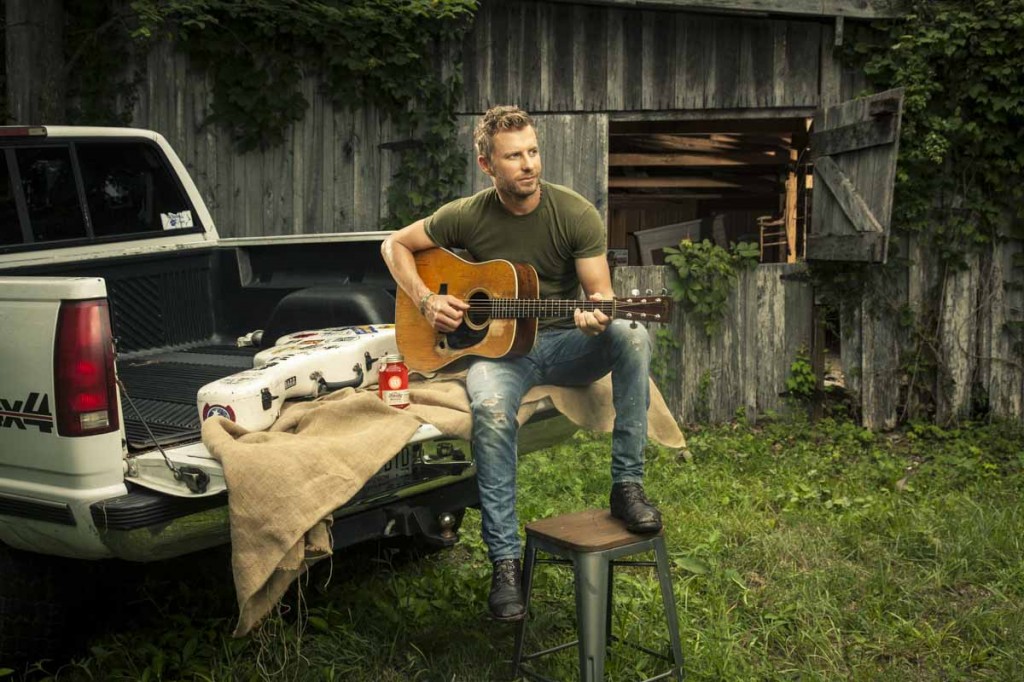 There’s a heightened depth in Dierks Bentley’s vocals on the powerful anthem “Riser,” an increased vulnerability and a greater sense of purpose in every word, every line. The title track of the Multi-PLATINUM singer/songwriter’s CMA, ACM and GRAMMY nominated album RISER (Capitol Records) is being released to radio today.

It’s an everyman quality that underlines Bentley’s performance of the song, giving a voice to the peaks and valleys of life familiar to many Americans. The new single radiates with intensity but is hardly a downer. It conveys a sense of hope and perseverance, spiked with just the right amount of levity.

“Everything we’ve done for this album has been building to the release of ‘Riser’ as a single,” said Bentley. “It’s the cornerstone of this record, and the lyrics speak to the kind of guy I want to be. It’s about the country fans that I see out in the crowd each night…the sacrifices they make and the hardships that we all have to overcome. It’s for anyone who chooses to be a Riser.”

Bentley’s “finest vocal work ever” (Country Weekly), serves as the perfect exclamation point to his seventh studio album and follows three consecutive No. one hits, “I Hold On,” “Drunk On A Plane” and “Say You Do.” The standout track “reflects not only his standing as one of country music’s most durable acts, but his personal journey as a man” (People).

Bentley first performed the song nationally on CBS’ The Late Show With David Letterman, and his unforgettable performance during the 50th Annual Academy of Country Music Awards was handpicked by Billboard as the night’s best, boldly stating “here’s hoping it’s his next single…and No. 1.” And now, on his new headlining 2015 SOUNDS OF SUMMER TOUR, epic performances have inspired standing ovations and an emotional fan reaction with Rolling Stone noting “’Riser,’ gets a spectacular treatment fitting its name and drawing all eyes to Bentley.”

The lyrical power of the song is spreading through social media through personalized lyric cards where fans can choose which line of the song means the most to them and then match an image to make it unique to their own real life experiences. The lyric cards are available at www.tweematic.com/risercard/.

The 2015 SOUNDS OF SUMMER tour continues this week in St. Louis, MO (6/18), where fans will be able to stream the concert on Yahoo! before he continues on to Chicago’s first-ever Windy City LakeShake (6/19) and Pittsburgh, PA on Saturday. For a full list of upcoming tour dates and appearances, visit www.dierks.com.