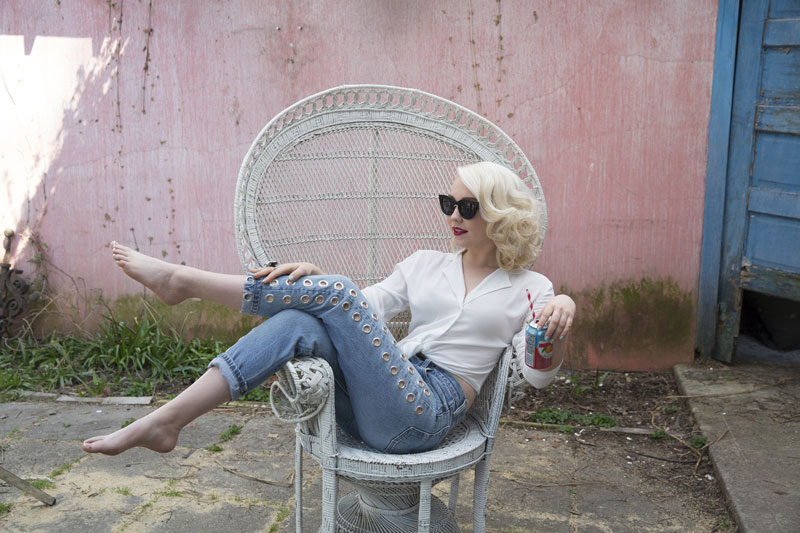 RaeLynn, who turned on May 4, celebrates another big moment with the release of a brand new music video. Watch “For A Boy” here. The petite talent penned the song with frequent collaborator Laura Veltz, following the GOLD-certified “God Made Girls” that scored RaeLynn the highest charting debut single by a solo female artist in 2014.

“I am so excited about the ‘For A Boy’ music video! My vision was a throwback to the Marilyn Monroe look with a modern feel. It was not only a blast to make but shows my fans, some of who have been growing up with me over the last few years, another side of who I am as I mature from a teen into a young woman,” said RaeLynn, who recently shared a behind-the-scenes look at the making of the video across her social media platforms.

Shot in Nashville, this marks the second time RaeLynn and director TK McKamy have worked together. Where “God Made Girls” was whimsical and mysterious, the “For A Boy” music video depicts an evolved maturity and exhibits RaeLynn’s diversity as an artist. While lyrics float around a theme of transparent love, scenes express an interesting twist throughout a relationship’s arch.

Adding even more icing to the cake, she picked up her first CMT Music Awards nominations – Female Video of the Year and Breakthrough Video of the Year – for “God Made Girls.” Fans can vote now at CMT.com until June 8 at 10A ET with the awards airing June 10 at 8P ET/PT from Nashville. Throughout the week, RaeLynn will perform at the sold-out Country Weekly Kick-off party powered by NASH on June 9 with Sam Hunt and the CMA Music Festival Chevrolet Riverfront Stage June 12 at 2:15P.

RaeLynn will head out on Rascal Flatts’ RIOT TOUR 2015 May 29 in St. Louis at the Verizon Wireless Amphitheater. This summer, she will also perform free concerts and appear on 3 million Diet Pepsi cans as part of the Pepsi MidAmerica Women of Country campaign, furthering their mission of Faith, Family, Country. For more information and details on how to enter-to-win a once-in-a-lifetime experience with RaeLynn in Nashville, TN, visit pepsimidamerica.com.

This fall, she will once again join fellow Texan Miranda Lambert on the ROADSIDE BARS AND PINK GUITARS TOUR. For full tour dates and adventures, follow RaeLynn on Twitter and raelynnofficial.com.