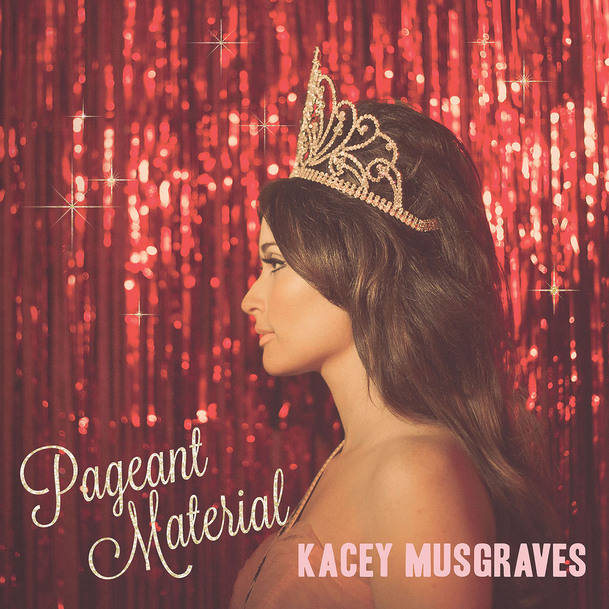 Mercury Nashville’s Kacey Musgraves will release her sophomore album, Pageant Material, on June 23. The album features her current single “Biscuits,” which is climbing the charts at country radio. Musgraves co-wrote all tracks on Pageant Material and also co-produced with Shane McAnally and Luke Laird.

“Going back into the studio this time around was really fun and exciting for me because I knew more about myself and my direction,” said Musgraves. “The majority of Pageant Material was recorded live–which was a bit of a departure from “Same Trailer”–and gave it more of a concise, classic sound. All of the incredible musicians were in the same room playing on the entire record, and I think that spirit comes across. The last couple of years have done so much for me, and this project was really affected by that in the best way. There are certain moments lyrically that still hit me hard even after listening so many times. It’s a great glimpse into where my head is from “Same Trailer” to now.”

The Texas native has earned massive critical acclaim since the release of her Gold-certified debut album Same Trailer Different Park including two Grammys at the 56th Annual Grammy Awards (Song of the Year-“Merry Go Round,” Best Country Album) and 2014 ACM Album of the Year. Musgraves recently played the Stagecoach Festival in Indio, CA and is set to play additional festivals such as Bonnaroo in Manchester, TN next month and Bumbershoot in Seattle, WA this September.

Additional information can be found at www.KaceyMusgraves.com.