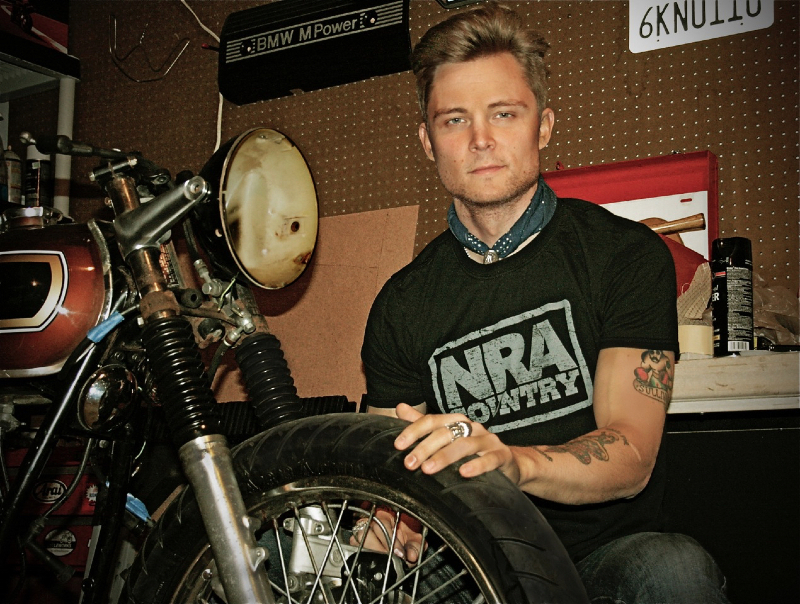 The film starring Reese Witherspoon and Sofia Vergara opens Friday and features an extended musical moment for Ballard’s bluesy anthem “Drinky Drink” from his 2014 critically-praised album SUNSHINE & WHISKEY. The film placement is the latest milestone for the rising singer-guitarist who’s already scored two consecutive GOLD-certified, No. 1 hits and has a third single, “Young & Crazy,” in the Top 20 and climbing at country radio.

“I’m very honored that music I made will be heard in a feature film. I’ve always hoped this song would see the light of day and now it is! I haven’t laid eyes on the scene yet, but hopefully it’s a sexy place for ‘Drinky Drink’ to live forever. I know one thing, if Sophia Vergara and Reese Witherspoon are dancing to it … my life will never be the same,” laughs Ballard.

The MGM/New Line Cinema/Warner Bros. Pictures film follows odd couple Witherspoon and Vergara’s characters as they run from the law. “Drinky Drink,” written by Jaren Johnston and Luke Laird, provides the background as they visit a biker bar in Texas looking for a way to escape. Hijinks ensue.

Fans can look forward to the Spotify release of his new “Drinky Drink” EP coming next week and also check Ballard out on the road this summer on Florida Georgia Line’s 2015 ANYTHING GOES Tour.