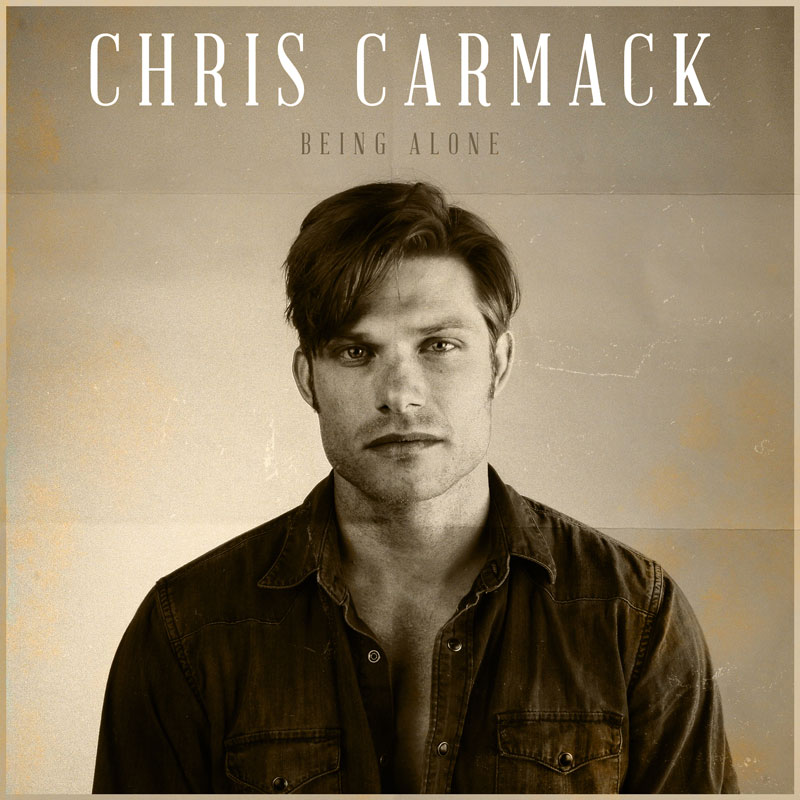 Chris Carmack, star of ABC’s hit series “Nashville” has just released the new track “Being Alone,” available now on iTunes. The passion-driven song will be included on his forthcoming EP, PIECES OF YOU, slated for release this spring.

Although previously featured on the album THE MUSIC OF NASHVILLE: SEASON 2 with the popular “What If I Was Willing,” “Being Alone” marks Carmack’s first independent release signifying his career as a solo artist.

Written solely by Carmack, the cleverly crafted song captures the lonely, raw side of finding one’s direction in life and gives fans a glimpse into what they can expect from PIECES OF YOU, produced by GRAMMY Award-winner Ben Fowler (Lynyrd Skynyrd) and Phoenix Mendoza.

“‘Being Alone’ is about a young person’s solitary struggle to discover his own identity while trying to adhere to the stifling plans and expectations of others,” shared Carmack. “The entire EP is comprised of songs I wrote when I was in Los Angeles trying to do just that: find my identity in a world that had no shortage of opinions about who I should be.”

Recently, the star hit the Stagecoach Festival in Indio, CA, performing songs from the series in addition to announcing the imminent release of his debut EP to the crowd’s excitement. Yahoo! Ram Country recapped Carmack’s performance exclaiming, “Not just vocally but, just possibly, as a songwriter, boy has got the goods.” Billboard previously included the artist in their “Bubbling Under” section highlighting new and noteworthy acts.

In addition to his well-received Stagecoach Festival appearance last week, Carmack appeared on ABC’s “The View” with Aubrey Peeple’s on April 29 performing “If Your Heart Can Handle It” from “Nashville.” Later that day and the following, he joined the rest of his cast mates for two sold-out shows in NYC to kick off the eight-city NASHVILLE tour. The tour runs through May 10 with additional stops in Philadelphia, Boston, Washington D.C., Chicago, Minneapolis, San Francisco, Los Angeles and Phoenix. Following the tour, he will perform solo in Sioux City and West Des Moines, IA on May 15-16. On June 13, he’ll make his CMA Fest debut on the Belk Park Stage in Nashville.