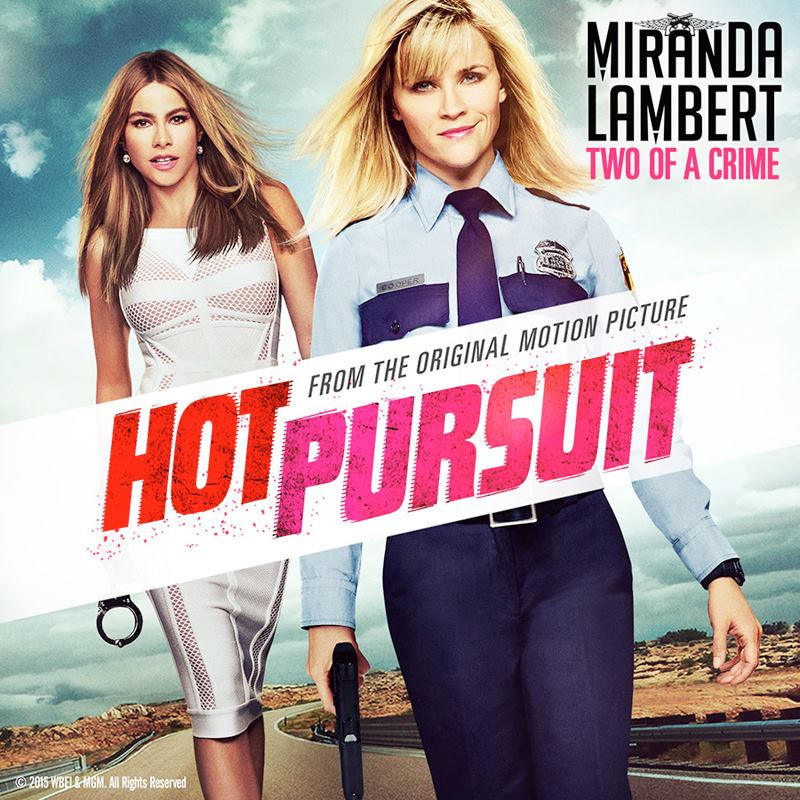 Miranda Lambert revealed live on Ryan Seacrest ON AIR that she wrote a song, “Two of a Crime”, after being asked by Reese Witherspoon to contribute a track for the upcoming comedy, “Hot Pursuit.”

Miranda explains, “Reese texted me and told me about the movie and wanted me to write something or sing or both. I got inspired. I love Reese and Sofia. It was a bit of a “Thelma and Louise” theme and that’s totally up my alley. It is really so fun to be part of it. It was the first time I wrote a song specifically for a movie, so it was a different experience for me.”

Miranda wrote the song with frequent collaborators Natalie Hemby and Nicolle Galyon. The notes from Reese were that she wanted to have a “Southern and a Latin flavor” represented in the song. Miranda’s recording of “Two of a Crime” will be available at iTunes on April 28th. New Line Cinema and Metro-Goldwyn-Mayer Pictures present, a Foxy/Pacific Standard production, an Anne Fletcher film, “Hot Pursuit.”  Set to hit theaters on May 8, 2015, the film will be distributed by Warner Bros. Pictures, a Warner Bros. Entertainment Company.  HotPursuitMovie.com.

Miranda is on her way to the 50th Academy of Country Music Awards in Dallas, where she is leading with 8 nominations. Fans can currently join #TeamMiranda and vote for her in the Entertainer of the Year category at VoteACM.com

Having just wrapped her Certified Platinum Tour, Miranda is looking forward to performing for her fans at the Stagecoach Festival on Saturday, April 25th in Indio, California.