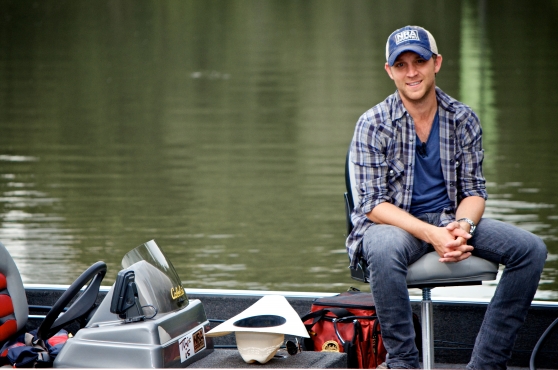 It’s no secret that a dependence on technology affects individuals and families, with studies showing that 80 percent of teens own mobile devices1 and kids in general spend only four to seven minutes playing outside daily2. To rally against this over-connectivity, Cabela’s, the World’s Foremost Outfitter of hunting, fishing and outdoor gear, in partnership with country singer Justin Moore, announced the launch of Disconnect Day, a nationwide campaign encouraging Americans to step away from their devices for a day of their choosing to enjoy outdoor activities while reconnecting with themselves, family and friends.

“The core idea behind Disconnect Day is to remember how rewarding the outdoors can be in strengthening the relationships in our lives,” said Scott Williams, Cabela’s Chief Marketing Officer. “When our children grow up, they aren’t going to remember how many likes they got on a status update, but they will remember their family camping trips and the first fish they caught.”

Justin Moore Pledges to Disconnect for One Day. To launch this nationwide initiative, country star Justin Moore took the Disconnect Day pledge and challenged others to do the same on Saturday, April 18, at the much-anticipated Third Annual Cabela’s Great Outdoors Archery Event. The star-studded archery competition is part of the annual ACM Party for a Cause® Festival, a two-day outdoor music festival at Globe Life Park in Arlington, Texas.

“As a husband and dad of two daughters, I know how challenging it can be to find time with a crazy schedule to get away from the noise and spend time together,” said Justin Moore. “For my Disconnect Day, I’m grabbing my Cabela’s camping gear and taking my family to our favorite spot with no phones allowed—except for taking pictures!”

The campaign anthem is Moore’s new rendition of the classic song, “What a Wonderful World,” which can be downloaded for free on MyDisconnectDay.com starting May 1. The song is used in a commercial which features beautiful North American scenery and families fishing and camping, ending (spoiler alert) with a child watching it all—on a tablet. The commercial can also be downloaded on YouTube.

How to Get Involved:
To take the pledge and plan for their own Disconnect Day, people can visit www.MyDisconnectDay.com. Once visitors take the pledge, they can set an “Out of Office” generator that prompts a calendar reminder on their chosen day. They can also view gear lists for recommendations on the best hiking, camping and general outdoor gear to help them unplug, get outdoors and reconnect.

Following each individual’s Disconnect Day, Cabela’s is encouraging them to share their experiences on social media using the hashtag #MyDisconnectDay.

Cabela’s currently operates 67 stores across North America and has announced plans to open an additional 18 locations over the next three years. Visit www.cabelas.com/stores for more information.