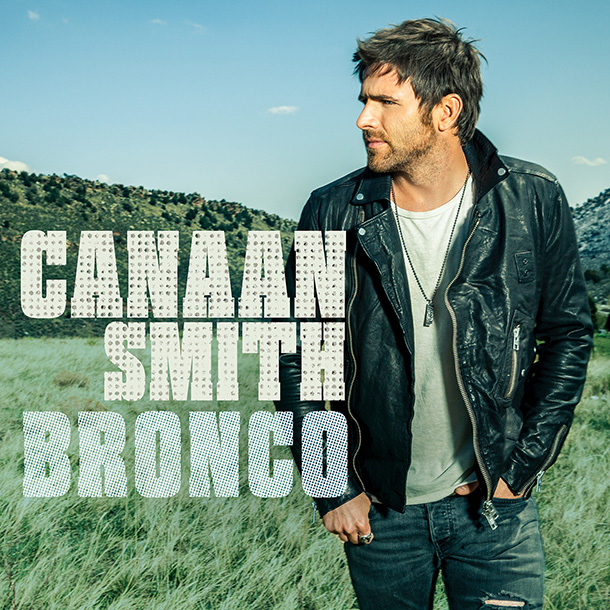 Mercury Nashville’s Canaan Smith will release his debut album, Bronco, on June 23.  The album features his current top 20 hit “Love You Like That” which continues to be the best-selling debut single currently on the country radio chart, already selling over 360,000 tracks.

Canaan partnered with his long time co-writer, Brett Beavers, on the project as well as Jimmy Robbins and Ryan Tyndell. The five songs from his current self-titled EP will also be included on Bronco, final track listing to be released soon.

“‘Bronco’ is a song I wrote in honor of my brother who I lost when I was young. Songs like this are important to me because though fads come and go, stories last forever,” says Canaan. “He was my hero and I wanted to put out something in memory of him. I think it symbolizes his wild spirit and I’m really proud of it.”

The Virginia native is fresh off touring with Dan + Shay on the Where It All Began Tour which hit over 30 markets including Chicago, San Francisco and Las Vegas. He will next join Dierks Bentley, Kip Moore and Maddie & Tae on the Sounds of Summer Tour kicking off in Raleigh, NC on June 5. Canaan started off 2015 on select tour dates with Kip Moore and is on track to play over 175 shows this year for more than 625,000+ fans.

Canaan was recently Texas Roadhouse’s “Artist of the Month” for March and will be part of the CMA Music Festival’s Chevrolet Riverfront Stage lineup this June.  The singer/songwriter was named a 2015 Artist To Watch by The Huffington Post, Yahoo! Music, Rolling Stone and Spotify. His followers have racked up over 4 Million online video views as well as almost 8 Million Spotify streams.

Additional information can be found at CanaanSmith.com.