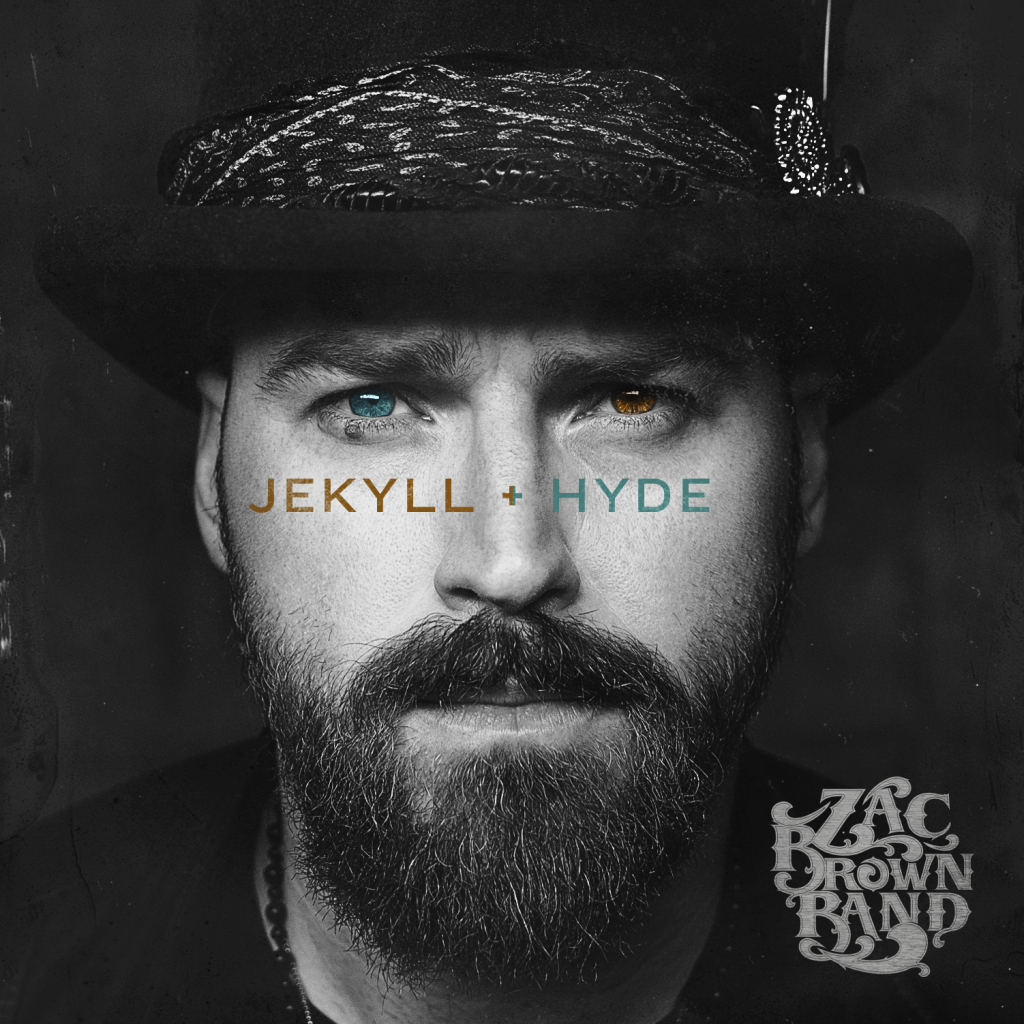 ZAC BROWN BAND’s forthcoming album JEKYLL + HYDE will be out April 28 on Southern Ground/John Varvatos Records/Big Machine Label Group/Republic Records. The band will premiere new music from the album this weekend during their first performance on Saturday Night Live.

Describing the album’s direction, Zac told Rolling Stone earlier this year that it will have “things that people will expect and things that they don’t.” Digital pre-orders will include immediate downloads of “Homegrown”, “Dress Blues” and “Heavy Is the Head (feat. Chris Cornell)” at select partners.

“Homegrown” – the band’s highest chart debut, which is bulleted at #10 on Country radio this week – has earned massive fan support and early praise for its “rock feel” (Country Weekly) and “intricately arranged vocal harmonies” (Billboard); “Dress Blues”, written by Jason Isbell, is a somber and stirring tribute to members of the military who have been killed in service; and “Heavy Is the Head”, which features Chris Cornell, the multi GRAMMY winning singer/songwriter and legendary frontman for pioneering rock bands Soundgarden, Audioslave and Temple of the Dog, makes its world premiere this Friday, March 6 on iHeartRadio’s Mainstream and Active Rock station. The album also features a collaboration with Sara Bareilles.

JEKYLL + HYDE pre-order is available for physical copies of the album now at: www.ZacBrownBand.com.

JEKYLL + HYDE follows the Zac Brown Band’s three Platinum-selling albums, Uncaged, You Get What You Give, and The Foundation, and their 2013 project The Grohl Sessions Vol. 1, which have together sold over seven million copies, produced a historic series of eleven #1 hit singles and earned three GRAMMYs.

During release week, the band kicks off their North American stadium tour in Nashville, and throughout the summer returns for headlining shows at Fenway Park, Wrigley Field and Citi Field, in addition to several new baseball stadiums, and festivals including Hangout Music Festival and Summerfest.