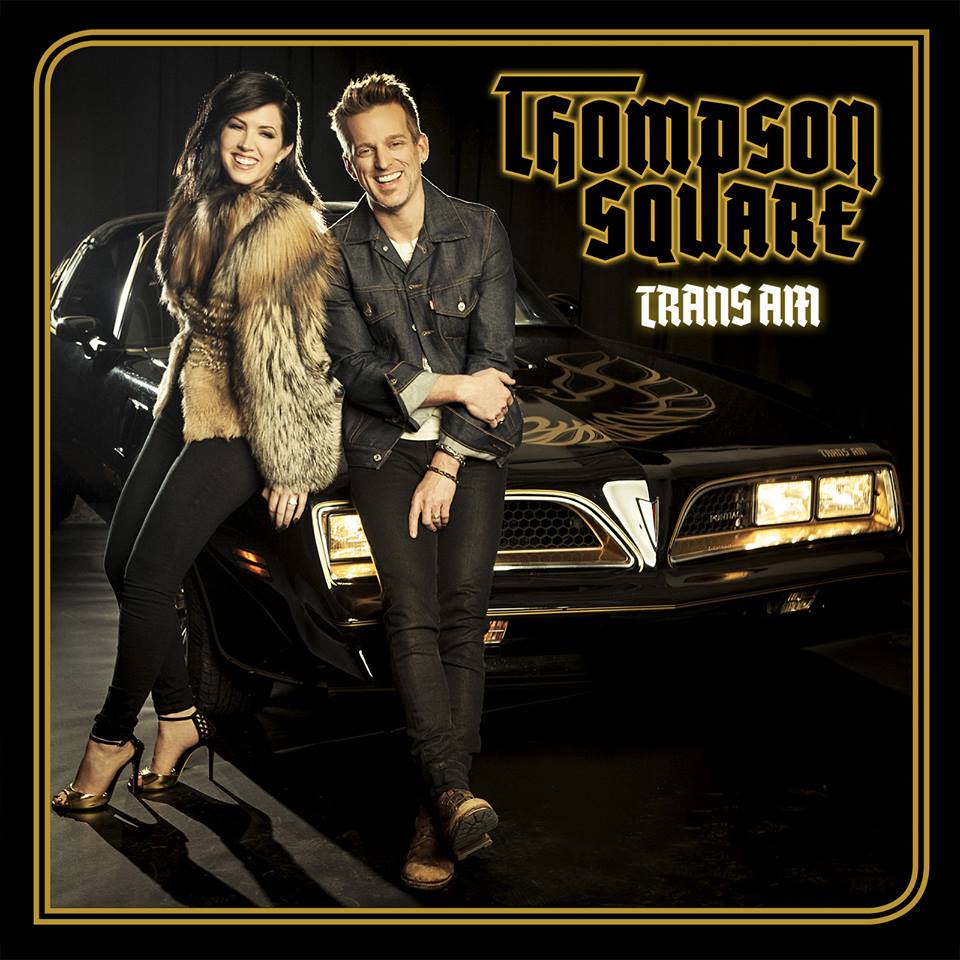 Multi-platinum selling Country duo Thompson Square is back with a ‘racy,’ head-turning new single “Trans Am.”

With lyrics like:
“I wanna hug those curves/
And show you what this motor’s made of/
Grinding the gears, 8-track blastin’/
I wanna hear you screamin’ faster. . .

“Trans AM” showcases a grittier, fun-loving side of the married duo. The song captures the brazen passion and energy of Thompson Square’s live shows, something fans have long since celebrated.

“This new music is a very tempo-driven project that probably represents us more than both of its predecessors,” says Keifer Thompson. “’Trans Am’ is a state of mind. It’s about liberation and not being painted into a corner. These new recordings show a more aggressive side of Thompson Square and reflects what fans experience at our live shows. It’s a lot of fun for us.”

Fans can purchase “Trans Am” at digital retailers now: http://smarturl.it/transam