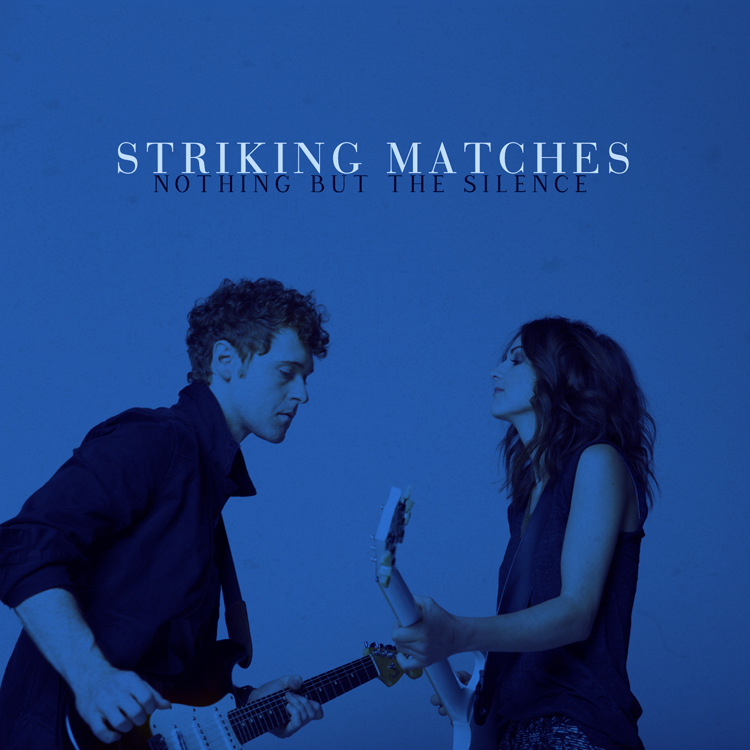 Striking Matches, the guitar-driven duo comprised of Sarah Zimmermann and Justin Davis, creates an unexpected and unique sound that defies easy categorization on their full-length debut album, Nothing But The Silence, produced by the legendary T Bone Burnett, available now: iTunes and Amazon.

When asked what it means to be releasing their first full-length album TODAY, Striking Matches reflects, “Releasing our debut record is the realization of a dream we have had our whole lives. It’s been a long road to this point, and we can’t wait to see where it leads us next. We are so proud of this record and so grateful to every single person who has supported us along the way.”

Rolling Stone Country recently caught up with the budding group as well as Burnett for an in-depth Q&A that touches upon everything from their initial meeting to the recording process. (Read full story HERE.)

Already a mainstay in Nashville, having played the Grand Ole Opry more than 40 times, Striking Matches recently ignited London with a series of sold-out performances and rave reviews. Thanks in part to having eight songs featured on ABC’s hit drama series Nashville, their international fan base welcomed them with open arms, singing back near every lyric, before the album’s release.

The duo occupies that sweet spot at the intersection of country, rock, and blues where all of the elements blend to form an authentically raw and rootsy sound that has a timeless and international appeal. GRAMMY-nominated and award-winning artists as well as the media have taken notice.

Hunter Hayes says, “These two are phenomenally talented. Each their own voice on guitar, on vocals and especially in their writing. Their passion for what they do is inspiring and you can hear it in every note they play and sing. Brilliance.”

Pat Monahan, lead singer of Train, says, “I’m a big fan of Striking Matches. The guitar playing alone is reason enough to fall in love with them, but then you add two great voices and great songs and you have what makes them such a great band.”

NPR Music’s Ann Powers included Striking Matches on her list of artists to watch for in 2015. Powers called them a “perfectly balanced duo.” She continued, “They both have incredible skills. They both have wonderful voices. Their harmonies are fabulous. And they both play the heck out of the guitar!”