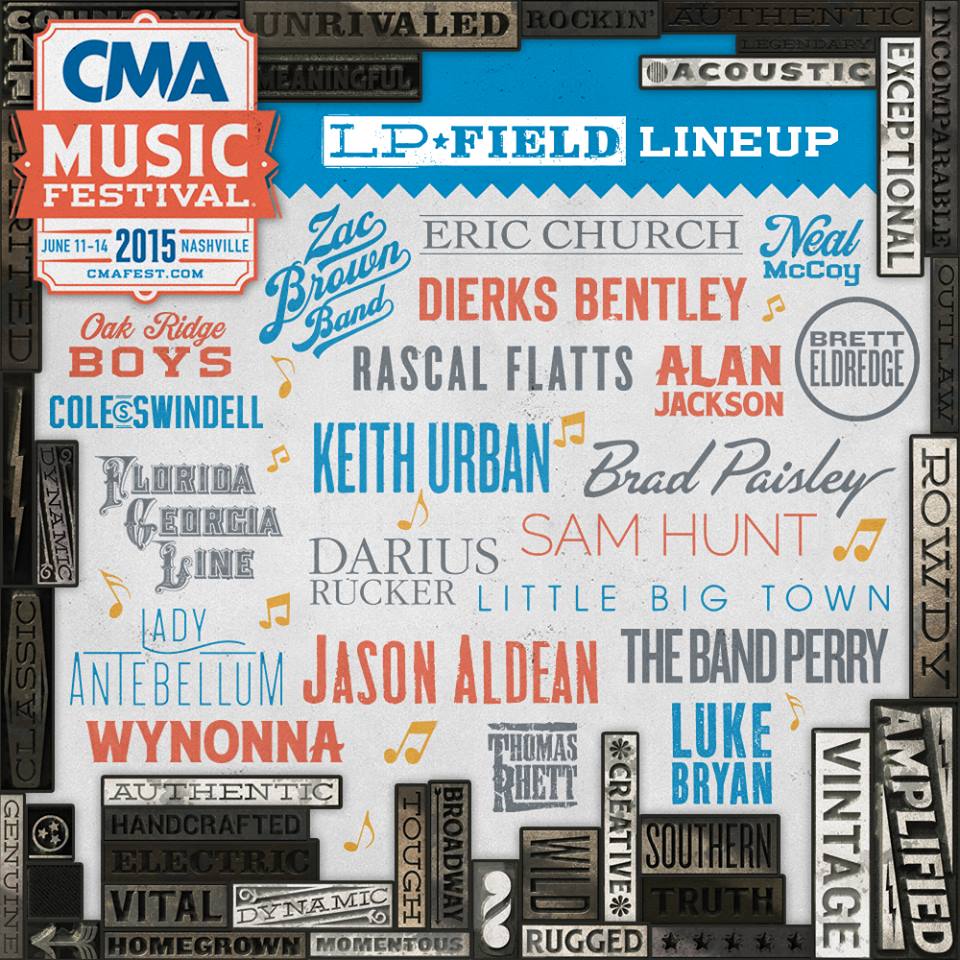 Subscribers to CMA Exclusive, CMA’s e-newsletter, were the first to learn about the star-studded lineup Wednesday morning.

“CMA Music Festival is all about the fan experience,” said CMA Chief Executive Officer Sarah Trahern. “Our fans snapped up LP Field tickets at a record pace, and we wanted to reward that loyalty by sharing this exciting lineup with them first this morning.”

While the relationship between artists and fans is the foundation for the event, CMA Music Festival benefits music education programs for children in need. Wednesday morning, Thomas Rhett welcomed guests to Nashville Children’s Theatre for a performance of “Jack’s Tale: A Mythic Mountain Musical,” which was funded by a $10,000 grant from the CMA Foundation from the 2014 CMA Music Festival. Threats of snow in Nashville prevented a majority of students from attending, but he warmly greeted the enthusiastic crowd.

“When I was little I was in a play called ‘A Christmas Carol’. I was Scrooge,” Thomas Rhett told the student-filled crowd. “Music education was super important for me, and today was a good reminder of how neat it is to see the Country Music community band together to help give back to that through CMA Fest.”

The CMA Foundation presents grants on behalf of the artists who perform at CMA Music Festival each year for free and has donated more than $11 million to music education initiatives across the country since 2006.

Tickets to the Nightly Concerts at LP Field sold out in November. Across the river from the stadium, there are countless free and low-cost entertainment options for fans around downtown Nashville as part of the CMA Music Festival. Seven free entertainment stages give fans an opportunity to choose their musical adventure, including the hugely popular Chevrolet Riverfront Stage, which consistently fills the Cumberland riverbank each of the four days.

The Nightly Concerts will be taped for a three-hour prime time special airing later this summer on the ABC Television Network.

For upcoming talent announcements and all other info stay connected with CMA on Facebook, Twitter, Instagram, and sign up for CMA Exclusive, CMA’s e-newsletter. Fans can also download the 2015 CMA Music Festival mobile app for iPhone or Android to view the latest artist lineups and to plan their festival experience.