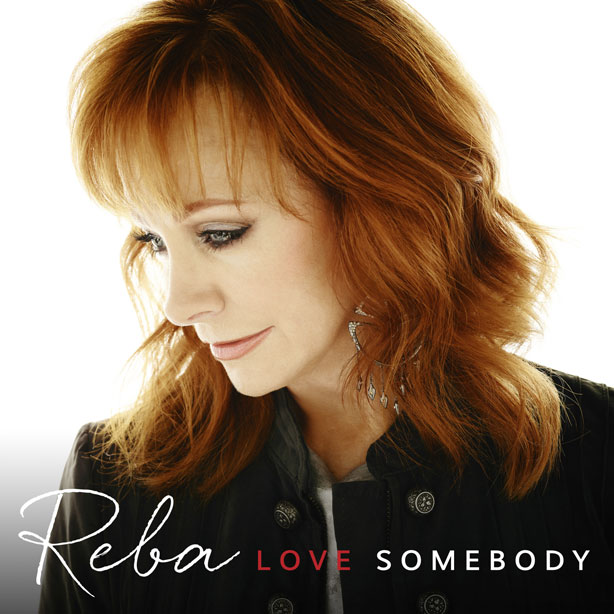 Inspired by the season of both devotion and unrequited romance, REBA has revealed details about her forthcoming album, LOVE SOMEBODY (Nash Icon Records). The Superstar spread some “love”’ to her loyal fans over the weekend – unveiling the cover art, title, tracklisting and release date of April 14 – across her social media platforms.

A Target deluxe of LOVE SOMEBODY includes two bonus tracks: “Whatever Way It Hurts The Least” (Brandy Clark, Tommy Lee James, Josh Osborne)** and “More Than Just Her Last Name” (Brandy Clark, Shane McAnally, Josh Osborne)* and will be released in conjunction with the standard version. Fans can pre-order the album across digital retailers beginning March 24.

Reba will make a special guest appearance during Nashville: On the Record 2, airing Wednesday, March 25 (10:00-11:00P ET) on the ABC Television Network. The real-life “Queen of Country” joined the hit series’ cast at the Grand Ole Opry, taking the stage to perform “Going Out Like That.” With her first new music in over four years, The punchy/dynamic lead single took the #1 spot on iTunes Country Top Songs in the US and Canada upon release. Throughout her illustrious career, Reba has achieved a rare pinnacle with 35 #1 singles at radio, over 56 million albums sold worldwide and a spot in the upper echelon of #1 album debuts in the Country genre. The Country Music Hall of Fame inductee and first-ever Billboard Woman of the Year, has won a plethora of industry awards from the American Music Awards, ACM Awards, People’s Choice Awards, CMA Awards and Grammy Awards.

In June, Reba will join forces with Kix Brooks and Ronnie Dunn to launch REBA, BROOKS & DUNN: Together in Vegas, a one-of-a-kind Country music residency at The Colosseum at Caesars Palace. For tour dates and more, visit Reba.com.