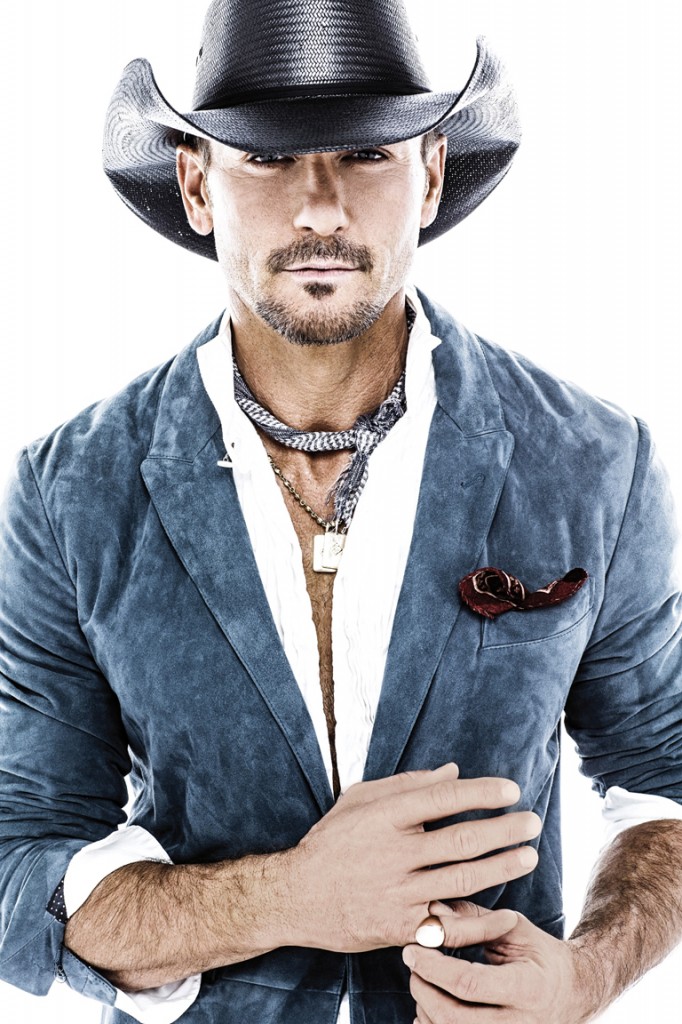 Oscar® producers Craig Zadan and Neil Meron announced this morning that best-selling Country superstar and critically acclaimed actor TIM MCGRAW will perform GLEN CAMPBELL’S “I’M NOT GONNA MISS YOU” during the live television broadcast of the Oscars®. “I’m Not Gonna Miss You” is nominated in the category of Best Original Song.

The song appears in the Critics’ Choice nominated documentary GLEN CAMPBELL…I’LL BE ME, which follows Campbell’s final tour and his struggle with Alzheimer’s Disease. Recorded with the famed Wrecking Crew and co-written with producer Julian Raymond, the song conveys his personal experience with the disease and laments the memory of his wife and family. The recording of “I’m Not Gonna Miss You” was captured in a heartfelt scene near the end of the film. See it here.

The performance by McGraw will be a dedication to Campbell from the Country community that has rallied behind him and his family during this difficult time. Campbell, who received the GRAMMY® Lifetime Achievement Award in 2012 and is a member of the esteemed Country Music Hall of Fame, is no longer able to perform for public audiences due to Alzheimer’s progression. Campbell’s immediate family, who appears alongside him in the film, asked McGraw if he would be willing to honor the legend by performing the song at the upcoming awards.

Said the Campbell family, “We are thrilled that Tim McGraw will be singing ‘I’m Not Gonna Miss You’ on Glen’s behalf at the Academy Awards®. Glen was always a fan of his music and Tim is sure to bring great emotional depth to the performance. We can’t wait to hear it live!”

“I’m honored to be asked to sing this powerful song from one of the true legends of the music industry,” added McGraw.

A lifelong fan of Campbell’s music, the two-time GRAMMY® winning McGraw, is one of today’s hottest music icons. His recent single, “Shotgun Rider,” hit #1 on both the Mediabase and Billboard Country Charts. This marked his 27th #1 on Billboard Country Airplay, which is the most of any artist in the charts’ 25-year history. His historic career achievements include being named BDS Most Played Artist of the Decade for all music genres and having the Most Played Song of the Decade for all music genres. No stranger to the silver screen himself having starred in the critically-acclaimed Friday Night Lights, The Blind Side, and Country Strong, McGraw will return to theaters this this spring alongside George Clooney in Disney’s Tomorrowland, out May 22.

McGraw records music on Big Machine Records, the record label that also released “I’m Not Gonna Miss You” along with the documentary’s upcoming full soundtrack. Big Machine Label Group President/CEO SCOTT BORCHETTA serves as an Executive Producer for the film and the soundtrack along with the film’s director James Keach.

With over 7 million music video views to date and a historic ranking on Billboard’s Hot Country Songs chart, “I’m Not Gonna Miss You” has amassed glowing reviews from critics everywhere.

Praised Rolling Stone of the song, “Glen Campbell has recorded his final song and the result, ‘I’m Not Gonna Miss You,’ is a poignant, confessional tune that serves as a stunningly personal coda to a career spent entertaining millions throughout the world.”

Added the Los Angeles Times, “…the heartbreaking famous last words of a real-life country-music icon as the sun sets on his mind. It seems every year, there’s a song that proves transcendent. This year’s has to be ‘I’m Not Gonna Miss You…'”

NBC News secured an exclusive interview with Glen and the Campbell family in early October sparking a fire that ignited over four million views of the music video within hours. Both NBC Nightly News and TODAY profiled Glen and the music from the film, which was quickly followed by other national press including The New York Times, NPR and The Los Angeles Times.

The 87th Oscars®, hosted by Neil Patrick Harris, will be held on Sunday, February 22, 2015, at the Dolby Theatre® at Hollywood & Highland Center® in Hollywood, and will be televised live on the ABC Television Network at 7 p.m. ET/4 p.m. PT.