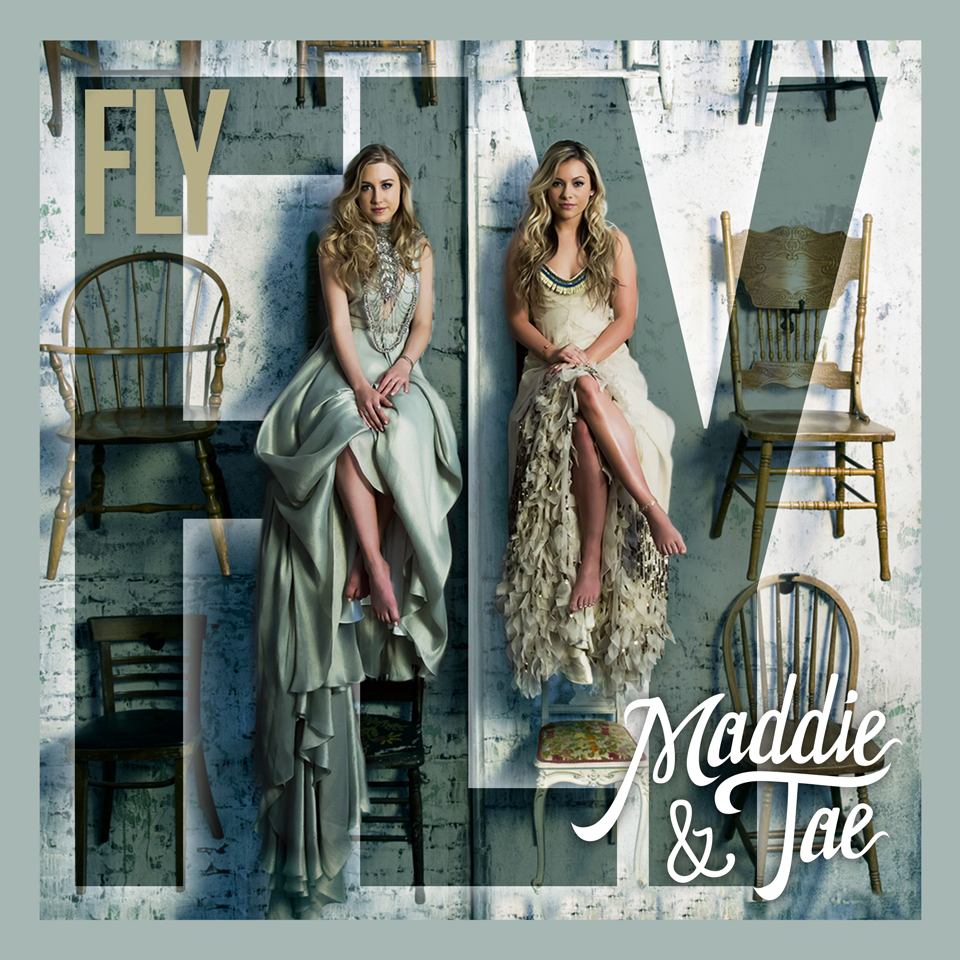 While MADDIE & TAE hit #1 with the cheeky send-up of nameless, long leggy babe-dom with their funky “Girl In A Country Song,” the Ada, Oklahoman and Sugar Land, Texan are more than social commentary wrapped in a novelty package. “Fly,” the arcing song that celebrates the moment doubt turns to take-off, the reality mistakes teach you how, is a ballad that offers the same hope and wonder as the Dixie Chicks’ “Wide Open Spaces.” The duo premiered the ballad on The Tonight Show Starring Jimmy Fallon last Friday.

When it came time to shoot a clip for the song of empowerment in the fear and the falter, the pair of 19-year olds wanted something poetic and perhaps a bit fanciful. They turned to director Brian Lazzaro, responsible for evocative videos for Rilo Kiley, Cory Chisel and The Cadillac Three, as well as Eli Young Band’s breakthrough “Even If It Breaks Your Heart.”

“Brian’s amazing: the idea of ladders and chairs to show the climb?” Maddie Marlow picks up. “Being suspended – which we are in the performance – is just how it feels when you want everything to happen, but you’re sort of stuck in what you want and how it is. But that’s what the song’s about, too, those are the times when you really truly do have to keep trying.”

Capturing girls and women at various stages of life, the soft focus video celebrates vulnerability and strength, believing when it seems naïve and the will to make one’s dream happen in spite of the odds. Muted tones, evocative tableaus and a strong focus on Maddie & Tae’s irrepressible spirit evoke the song’s sentiment.

“I am not afraid of heights,” Tae said. “But being up on that wall kinda freaked me out.”

“It was pretty weird,” agreed Maddie. “I’ve never climbed a ladder in a dress that long or full… and all I could think was, ‘don’t fall and break something.’ But once we were up there, it was pretty cool.”

Only the third female duo in over 70 years to have a #1 with their first single, Maddie & Tae have been singled out by NPR, The New Yorker, USA Today, Entertainment Weekly, The Los Angeles Times, The Washington Post Style Section, Late Show with David Letterman, the Today show and Rolling Stone for their willingness to tap into how young women really feel. Lazzaro tapped into the girls’ finger-on-the-pulse by also shooting the duo at work writing as part of the fabric of “Fly.”

With an opening spot on Dierks Bentley’s SOUNDS OF SUMMER TOUR and a #1 EP on Billboard’s New Artist Chart, as well as an RIAA GOLD-certified single and a video garnering over 17 million views, Maddie & Tae are living their dream. Having started writing together at 15, moving to Nashville at 17 and trying to figure out what it all means, “Fly” is a very personal reminder for Maddie & Tae as their success takes off. The video’s release date is forthcoming.