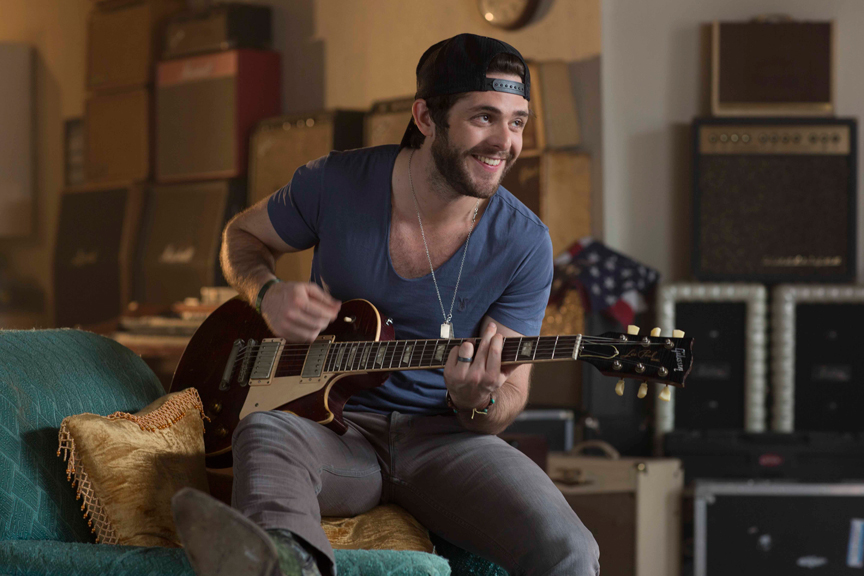 ACM New Artist of the Year nominee Thomas Rhett’s swagger had fans on their feet and caught critics’ attention this weekend for the opening run of Florida Georgia Line’s Anything Goes Tour 2015. As direct support, he stormed the stage where “the high energy never slowed” (Toldedo Blade) and had critics proclaiming, “2015 is going to be a very big year for Thomas Rhett” (Dayton Daily News).

“It was definitely a weekend for the record books,” said Thomas Rhett. “From the crowds’ energy, to playing with my buddies in FGL… it was an awesome way to kick off the New Year.”

Yesterday Thomas Rhett has released an intimate cover of Bruno Mars’ “When I Was Your Man” exclusively on RollingStone.com. To watch the intimate video, click here.

The Multi-Platinum singer/songwriters’ current single “Make Me Wanna” was recently crowned Billboard’s Best Country Song of 2014 and is scaling the Top 10 at country radio. The track follows two consecutive Platinum certified No. one hits off his debut album IT GOES LIKE THIS (The Valory Music Co.). For more info and for a full list of upcoming tour dates, visit www.thomasrhett.com.