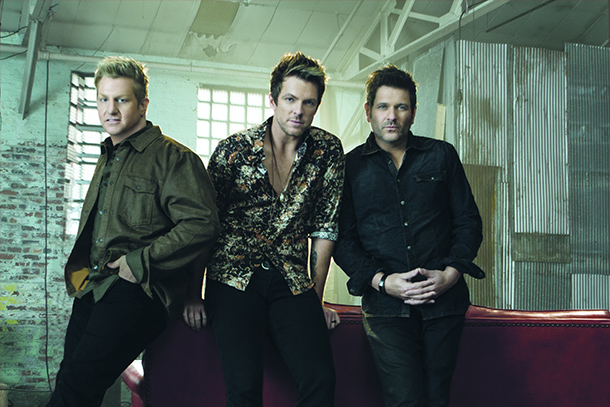 Multi-Platinum selling group Rascal Flatts revealed plans today for their headlining RIOT TOUR 2015. The coast-to-coast tour will kick off May 29 in St. Louis, MO and will continue throughout the summer with special guest Scotty McCreery. Tickets will be available for fans to purchase beginning Jan. 26 for select cities as part of tour promoter Live Nation’s Country Megaticket at www.Megaticket.com and additional information will be available in the coming weeks at www.rascalflatts.com.

Before their headlining tour kicks off this summer, Rascal Flatts will start the first-ever country residency at The Joint at Hard Rock Hotel & Casino in Las Vegas, from Feb. 25 to March 14 with The Voice winner Craig Wayne Boyd tapped for the opening slot. Tickets for Rascal Flatts Vegas Riot! are on sale now.

“2014 was such a great year for us on the radio and on tour,” said Jay DeMarcus. “We had a few weeks off at the holidays, and now we’re getting ready for the first-ever country residency at The Joint at the Hard Rock in Vegas. Those shows are going to be the ultimate way to kick off our 2015 tour, where we can try new things and pretty much do whatever the hell we want. We’re having a blast with it, and we’ll be counting the days til the buses pull back out of Nashville for opening night.”