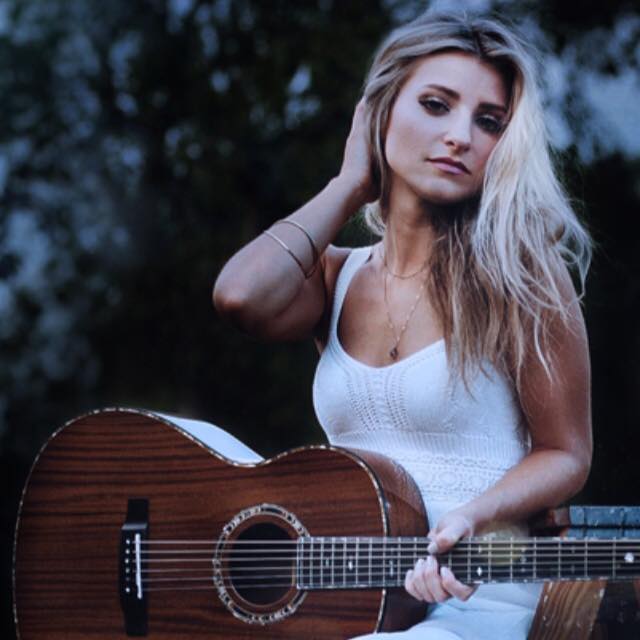 CountryMusicRocks got the opportunity to catch up with Kry to talk about her new single “Fireflies”, as well as what she is looking forward to in this new year.  April definitely has what it takes to be a voice in country music and we are excited to follow her journey.

CountryMusicRocks (CMR): You just recently released your brand new single “Fireflies”. Give us some background and tell us a little about that song?

April Kry: “Fireflies” is a song that is very relatable. It’s basically about your first love. The song kind of takes you back to that place where you experience all these new things with this person and you get all these butterflies in your stomach, and all these feelings kind of come back. That’s why I love this song so much, because everyone remembers their first love. It’s just a fun song that you can sing along to in the car with your friends.

CMR: I know that you are going to be participating in an upcoming Nashville event this week called “The Stomp.”  Tell us a little about this upcoming show in Nashville on Thursday, January 22.

CMR: It is tough for anybody to get their foot in the door in the music industry, but it seems especially tough for female artists. What keeps you going and what is your drive to continue doing what you love?

April Kry: I’m sure everyone has experienced rejection and a lot of “no’s” from people. I think what keeps me going is that I can’t imagine myself doing anything else. Sometimes I feel that this road is a hard road for a reason. It makes you just want to do it so much more because you’ve put so much effort into it, and your passion is in it. That is truly where my passion is.

CMR: Speaking of women in country, who are some of your favorite country female artists that you gravitate towards and that have had some influence on your & your career?

April Kry: One of the big ones is Martina McBride. I listen to her a lot and her voice is so incredible. I always strive to have that same tone and control that she has. All the greats – Shania Twain, Faith Hill, I listen to. Alison Krauss is another one that I love so much. And of course Carrie [Underwood]!

CMR: What’s in store for 2015 for you? What are you looking forward to most in the new year?

April Kry: I’m really excited about releasing “Fireflies.”  It released on January 6 and I’m really excited about what it is going to do. I’m looking forward to possibly doing a radio tour. I love connecting with the fans, and performing live is like my favorite thing ever. If I could do a bunch of shows in 2015 and tour around, I would be so happy. That is probably what I am looking forward to the most.

CMR: When you’re not writing and performing, what are some fun things that you like to do in your free time?

April Kry: I’m a big animal person. I like to take my dog to the park and go running. I also love to cook. I was like a big Food Network junkie for awhile. I would try out recipes and try my own spin on them, I really like cooking.  Other than that, I just like doing girly things like going to the mall and trying different makeup out & all that fun stuff.

CMR: What is on your country music bucket list for 2015?

April Kry: I would love to have an opener spot for a big act on a tour.

CMR: For folks that are just getting to know you, what is one thing that you would like to convey to fans about you & your new music?

April Kry: The reason I do music is to have people connect with my songs emotionally. That’s the whole reason why I do music. I just feel like if you can listen to a song and it either takes you back to a certain place, or you can really connect with it in a big way… Music has helped me through so much. I just want to be that for my fans.

I would definitely say that it talks about real life. That is the main thing that drew me to country music  is that I could really connect with it. It talks about things we do every day, things we go through, emotions. It’s really the only genre that I’ve seen that does that in a real genuine way.

Be sure to pick up April Kry’s new single “Fireflies” on iTunes HERE.  It will make for a great addition to your country music playlist.