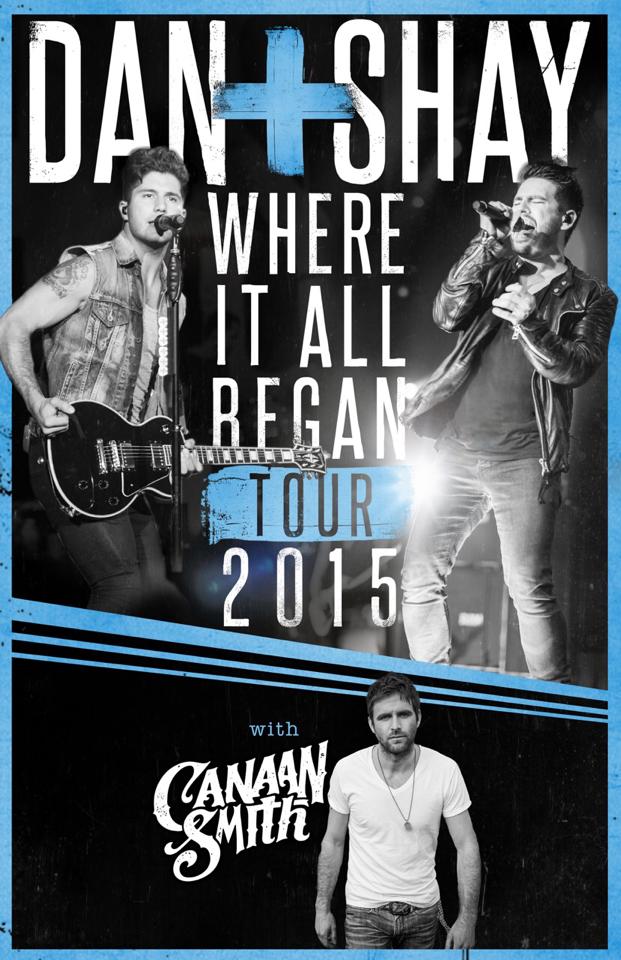 Critically acclaimed breakout duo Dan + Shay have just announced plans to launch the new leg of their “Where It All Began Tour” beginning in February 2015. Tickets for select dates go on sale this Friday, December 5th with presales starting this Wednesday (Dec. 3) and continuing Thursday (Dec. 4).

In addition, fans can sign up now to win 2 VIP seats to any show across the country here. Dan + Shay kicked off the holiday season performing their latest single “Show You Off” at the 88th annual Macys Thanksgiving Day Parade® last week, followed by a performance of ”Have Yourself a Merry Little Christmas” on ABCs CMA Country Christmas. Dan + Shay will also make an appearance on CBS Home for the Holidays later this month, which is set to air December 19th at 8/7c. The CMA and ACM Award nominees just revealed a special holiday video for “Have Yourself A Merry Little Christmas” exclusively to fans as a “thank you” for all their support throughout the year.

With almost 750,000 copies sold of their RIAA Gold certified debut hit single “19 You + Me,” Dan + Shay have sold over 1 million total tracks including their current single, “Show You Off,” which continues to climb the country radio charts.