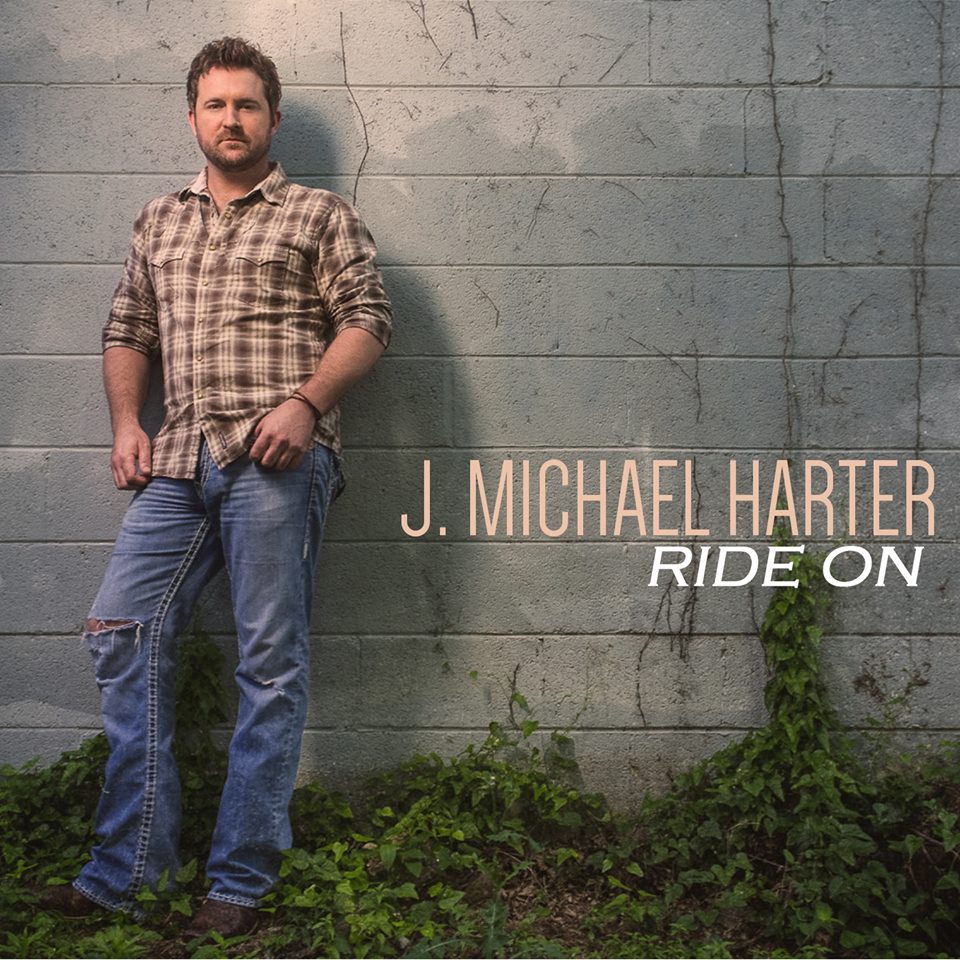 J. Michael Harter released his debut solo EP, Ride On, this fall on September 30. Formerly from sibiling trio The Harters, J. Michael has embarked on his solo journey with brand new music. Debut single “Holy Cowgirl” is the first release from the project, and has been featured on country radio as well as country dance venues.

CountryMusicRocks caught up with J. Michale Harter to talk about his new music, working with his brother on the new project, plans for the upcoming holiday season & much more!

CountryMusicRocks (CMR): You recently released your new EP Ride On, tell us a little about the album. How would you best describe these 8 new songs?

J. Michael Harter: Ride On has been a long time coming. We started writing this EP back in the summer of 2012 at a writing retreat in Alaska. These songs represent me, getting back to me. After the four previous years as part of The Harters, as much as I enjoyed being part of the group, I’m having fun getting into this solo thing. I guess you can say Ride On in a snapshot of my life in transition.

CMR: You recently released your single “Holy Cowgirl” to country radio & it is also showcased in several dance venues, give us a little background on this song.

J. Michael Harter: “Holy Cowgirl” was written in Alaska by Earl Bud Lee, Bruce Wallace, Scott Laurent, my brother, Scott, and myself. Typically we would not have five writers on a song, but it just sort of fell out. We were all spending the day together fishing, and inspiration hit us while we were enjoying a post-fishing drink on the cabin deck. I pulled out my list of titles and mentioned ‘Holy Cowgirl.’ I had the title in mind for a while. Scott Laurent said, “you mean like a religious cowgirl?”… we all laughed! Bruce Wallace then started that infectious guitar riff and it just sort of happened. We couldn’t have spent more 30 minutes on it.

What was one of your favorite moments in the studio recording the EP, and what was it like working with your brother on this project?

J. Michael Harter: My favorite thing about recording this project was getting to work with my brother, Scott, as well as the very accomplished and talented Matt McClure (Lee Brice). We had such a good time and were able to take our time getting it “right”. Scott brings a very different “not so Nashville” vibe to the creative process – fresh ideas and sounds that tie in nicely with my traditional roots.

CMR: As we are just getting out of the fall season and gearing up for the holidays & end of another year, what are some of your goals and plans for the rest of this year?

J. Michael Harter: The rest of this year we are finishing the first six tunes for the next project, which is being produced by Bobby Holland and my brother, Scott Harter. Once the music is done, I’ll be taking the family to Arizona to spend Christmas and New Year’s at our cabin in Flagstaff, Ariz. Can’t wait to see some good snow!!

CMR: If there were one thing that you would like to convey to fans about you & your music, what would it be?

J. Michael Harter: I want my fans to know that my music is honest. I am an artist that truly believes in the art. In other words, I am constantly evolving and trying to grow in new ways, which I hope my fans will enjoy because I plan for all my albums to have their own different and unique sound!

J. Michael Harter: That is what I love about it!!! Country music evolves yet stays true to core values and subject matter. There’s an infinite amount of ways to write, produce and sing. I love that our fans embrace all the different styles. I’m just thankful to be a part of it!

We are excited to watch and listen to J. Michael Harter throughout the coming new year! Be sure to pick up his new EP, RIDE ON, available on iTunes HERE.