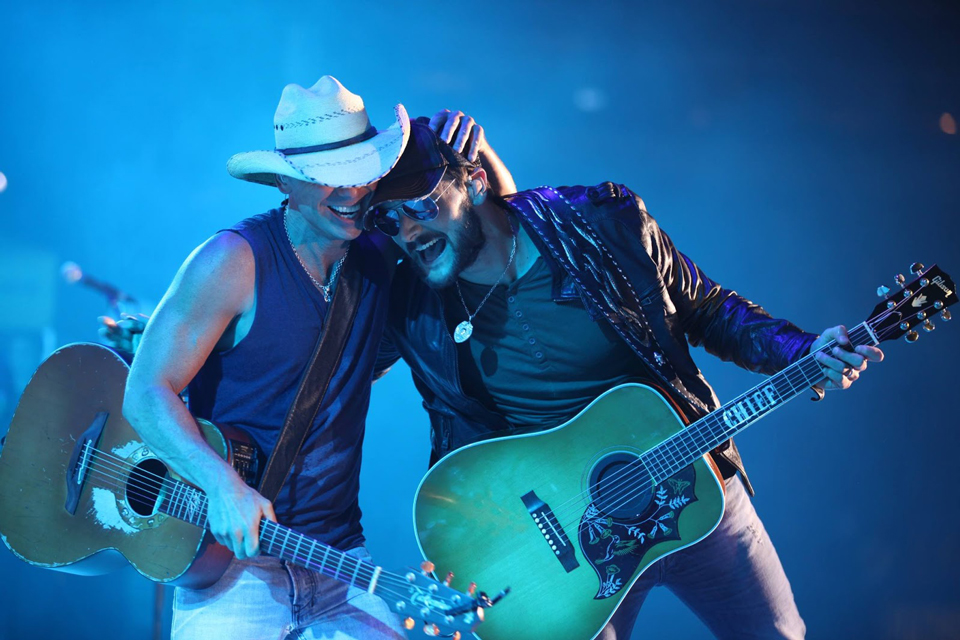 Kenny Chesney’s stadium shows are always full-blown concert experiences, none more than his 2013 No Shoes Nation Tour with good friend Eric Church sharing the bill. When the 8-time Entertainer of the Year was readying his Big Revival Tour, he thought about Church’s energy and intensity levels – and asked the Country Music Association and Academy of Country Music Album of the Year winner for the double-platinum Chief to join him for parts of his tour.

“There is something about the way Eric connects with my audience,” says the man whose sold in excess of a million tickets each of his headlining tours, “that left me feeling like he made the No Shoes Nation Tour something special! He attacks the stage with so much force – and his songs really speak to the people who’re fighting the fight to get by – and I love that about what he does onstage.”

“Some of the most fun I’ve ever had on tour was last summer with Kenny,” shares Church. “He’s an artist that isn’t afraid to let you come full blast and do what you do. It’s rare you get to tour with someone you respect and you are friends with. I can’t wait to do it again.”

“I’m so glad the fans in these five cities will get to rock with Eric this year,” Chesney enthuses. “It’s a wild night when we get together… and it’s something everyone should be a part of!”