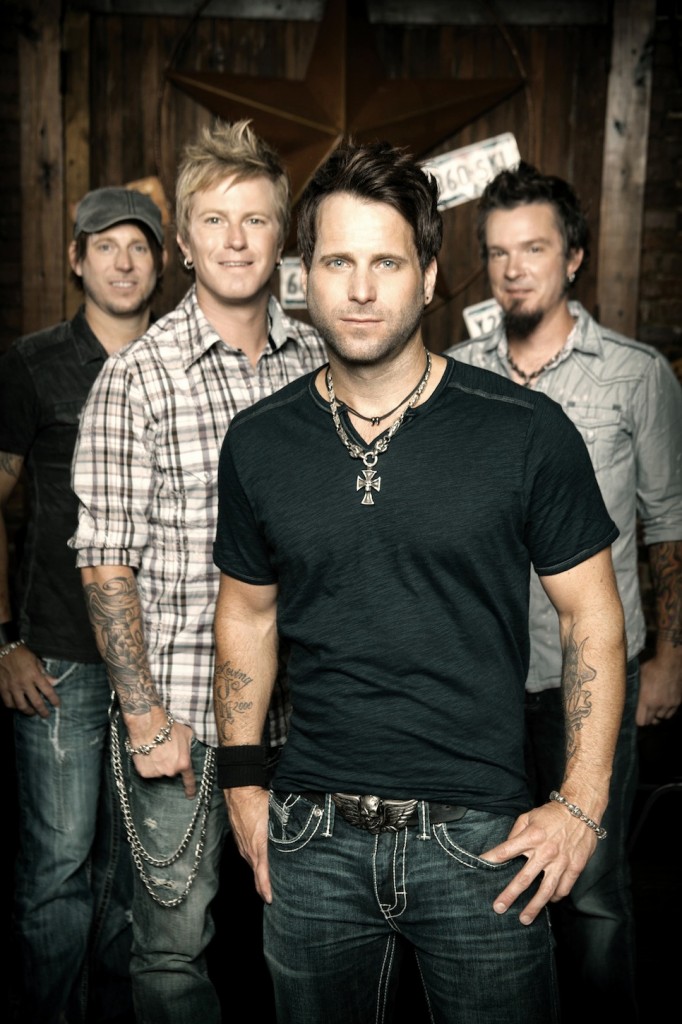 Stoney Creek Records’ Parmalee has earned its second consecutive Top 10 with the band’s latest hit, “Close Your Eyes.” “Close Your Eyes” jumped to #10 on the Billboard Country Airplay Chart today while maintaining the #10 position on the Country Aircheck/USA Today chart (powered by Mediabase) for two successive weeks.

“Close Your Eyes” follows in the footsteps of the band’s multi-week #1, gold-certified smash “Carolina.”

The North Carolina-bred “band of brothers” will celebrate its rise to Top 10 by making its late night television debut on The Late Late Show with Craig Ferguson, scheduled to air tonight (11/10) on CBS at 12:35 am/ 11:35 pm CST.

Parmalee will follow its late night performance of “Close Your Eyes” by appearing on KTLA 5 Morning News tomorrow (11/11), which airs locally in Los Angeles beginning at 4:00 am-10:00 am PST on The CW.

“This year has been amazing for us. We’ve covered a lot of miles and are still rolling. Busy is good! Wind down for what?!” says Matt Thomas, lead singer for Parmalee. “A huge thank you to our friends at Country radio for bringing ‘Close Your Eyes’ to Top 10! We couldn’t make it all happen without the fans, the media and our team.”

Parmalee’s 2015 will kick off with a bang when the band joins country superstar Brad Paisley’s “Country Nation World Tour,” on Jan. 17, 2015 in Morgantown, WV. For a full list of tour dates, visit: http://parmalee.com/tour