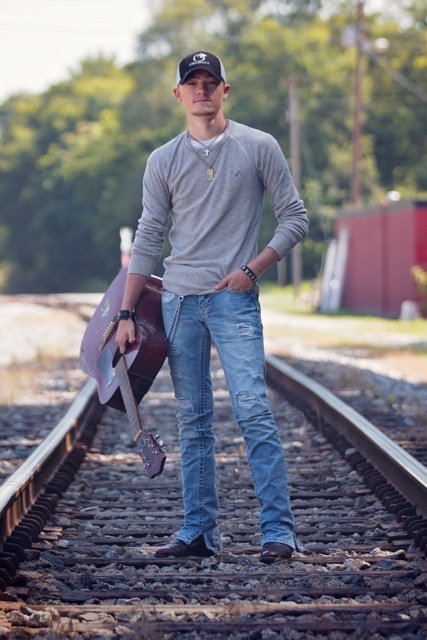 BBR Music Group is pleased to announce the addition of rising Country star Jordan Rager to its label roster.

Discovered by co-manager Barry Williams at the age of 15 while performing at a Susan G. Komen event, Rager possesses an impressive resume for such a young artist. So impressive, in fact, that Rager has been tapped to join Justin Moore’s “Off The Beaten Path Tour,” kicking off October 23 in Columbia, MO.

The 20-year-old Loganville, GA native has previously opened for a plethora of stars including Justin Moore, Randy Houser, Josh Thompson, Kip Moore, Love & Theft, Gretchen Wilson, Craig Campbell, Rodney Atkins and David Alan Coe. He’s performed the national anthem at both the 2012 and 2013 Monster Jam at the Georgia Dome and performed at over 25 Relay for Life events (2009-2011).

Rager has made a name for himself in the Atlanta market by appearing on 94.9 The Bull’s Backyard Country consistently for the last five years, and also through his more than 22,000-strong YouTube fan base.

“We are so excited here at The Bull for Jordan. He has already become a local star on our Backyard Country show over the years. The new stuff he has been recording is just tremendous and we’re proud to see the beginning of another Georgia country superstar in the making,” said Brian Michel, VP of Programming at 94.9 The Bull in Atlanta.

“The first time I saw Jordan perform I had the same feeling as when I first saw Jason Aldean. He is an exceptional young artist and we’re excited to have him as the newest member of our label family,” said Benny Brown, President/ Owner of the BBR Music Group.

“I feel incredibly blessed to be signed to such a great label like Broken Bow and to now be in the company of such great artists like Jason Aldean and Dustin Lynch. I’m so excited to join Justin Moore’s Fall ‘Off The Beaten Path’ tour with my band. All of this is something I’ve been dreaming about and working hard towards for the last few years,” said Rager.

Rager is currently in the studio recording his debut album with producer Jeremy Stover (Justin Moore).