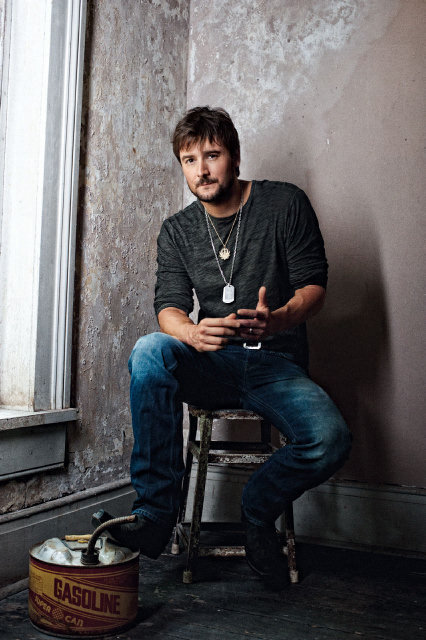 Eric Church is climbing the country charts with his latest single, “Talladega,” which is from his CMA-nominated album, The Outsiders.

The song, while making reference to the famed NASCAR track, isn’t about car racing, but about life itself and some golden care-free moments that you had and still look back at with joy and wistfulness.

“When you see the [title of] the song, you think it’s about racing, but it’s not,” says Eric. “It’s about guys having an experience built around a town. When I hear the song in my head, I see that. I can envision that movie is playing in my head when I hear that song.”

Eric is nominated for four CMA Awards, including Male Vocalist, Album (for The Outsiders) and Single and Song of the Year for “Give Me Back My Hometown,” which he wrote with Luke Laird (also the co-writer on “Talladega”). Eric won his first CMA Award in 2012 for Album of the Year for Chief. The 48th Annual CMA Awards will be broadcast live from Nashville’s Bridgestone Arena November 5th at 8pm on ABC.