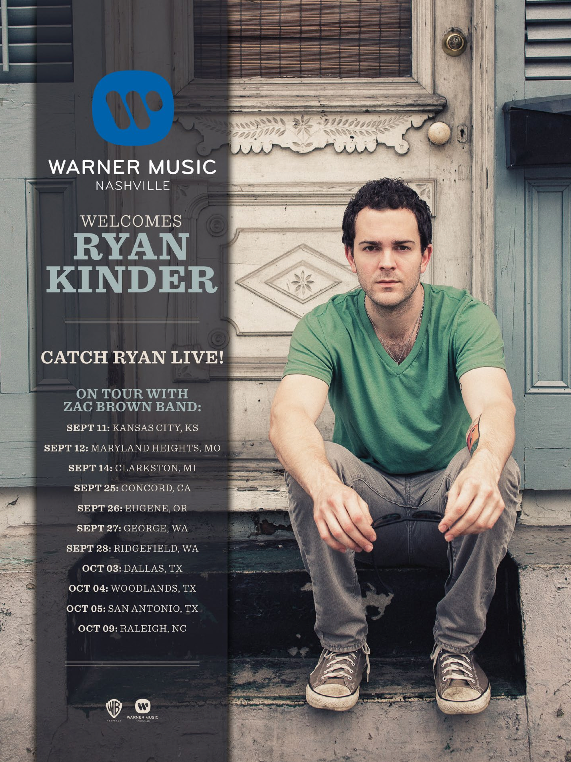 Check out Ryan Kinder on the Great American Road Trip Tour on the following dates:

Kinder stepped onto the country music scene earlier this year with his debut single “Kiss Me When I’m Down” (read song review here).  The talented singer/songwriter brings a fresh, new sound to country music, and we are excited for what is in store for the country artist.

“Kiss Me When I’m Down” is available on iTunes now by clicking HERE.