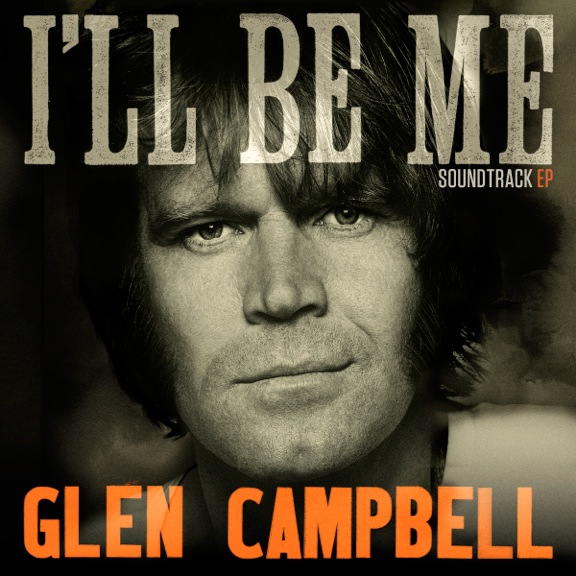 “I’m Not Gonna Miss You” was written by Campbell and Julian Raymond specifically for a new documentary titled GLEN CAMPBELL: I’LL BE ME. Produced by Raymond, the song was recorded in the Los Angeles-based Sunset Sound Factory and East West Recording Studios. The song will be released on September 30 to all digital retailers.

With a mere handful of piano chords, then a swell of harmonies, “I’m Not Gonna Miss You” opens into the poignant, yet clear-eyed revelation of the things Alzheimer’s steals. Almost lumbering through the melody, Campbell’s weathered tenor confesses the painful truths of what is lost, the cost – and the reality that it will all be lost to him, the man who can’t remember. Pedal steel weeps, strings bathe the melody that rises against drums and an electric guitar that mirrors the unbreakable passage of life and time.

GLEN CAMPBELL: I’LL BE ME is an epic human drama that intimately showcases the man and his music throughout Campbell’s struggle with Alzheimer’s. Chronicling the story of love, laughter, resilience and power of song, this film shows how against all odds, America’s greatest country star would not give up. Directed and produced by James Keach (producer of Walk The Line) and produced by Trevor Albert (Groundhog Day), GLEN CAMPBELL: I’LL BE ME will open in theaters in New York on October 24, followed by a national release to 50 cities.

Big Machine Records will proudly release a soundtrack for the film that also features The Band Perry, who previously paid tribute to Campbell during the 2012 GRAMMY Awards. The project also features Campbell’s daughter Ashley who performs an original song.

“We are so honored to not only release Glen Campbell’s final recording, but to be associated with such a profound film that will help raise awareness of those suffering from Alzheimer’s and spotlight the important role of those who care for them, ” remarked Big Machine Label Group President & CEO Scott Borchetta who serves as the project’s Executive Producer with Keach.

Previewing the full body of work, GLEN CAMPBELL: I’LL BE ME SOUNDTRACK EP will be released on September 30 and include the following tracks:

A complete soundtrack featuring additional tracks from the film will be released later this fall.