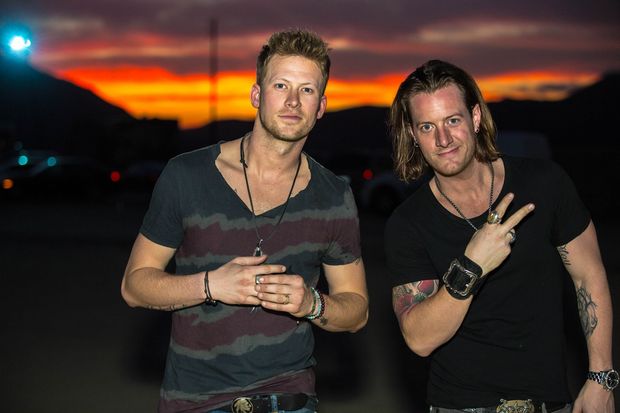 Superstar duo Florida Georgia Line will perform live on the season premiere of “Nashville,” airing WEDNESDAY, SEPTEMBER 24 (10:00-11:00 p.m., ET/PT) on the ABC Television Network.  FGL will perform a song live for the east coast and then again for the west coast airing of the show.

This is the first time that a real-life recording artist has performed live on the series, and the premiere will also include the previously announced live solo performances earlier in the show by “Nashville” stars Chris Carmack and Charles Esten.

“Nashville” executive producer Dee Johnson said, “Florida Georgia Line is one of the music industry’s hottest groups. With record-breaking sales figures and the energy to match, they’ve achieved the level of stardom that we explore every week on ‘Nashville,’ so we are delighted to have them perform live on both coasts for our historic third season premiere.”

Florida Georgia Line are the latest multi-platinum selling artists to appear as themselves on the series. Other artists who have appeared on the show include Brantley Gilbert, Chris Young, Pam Tillis, Vince Gill, Kip Moore, Dan Auerbach, Brad Paisley, Kelly Clarkson, Jay DeMarcus (of Rascal Flatts),  Zac Brown, Kellie Pickler and Luke Bryan who will appear later this season.