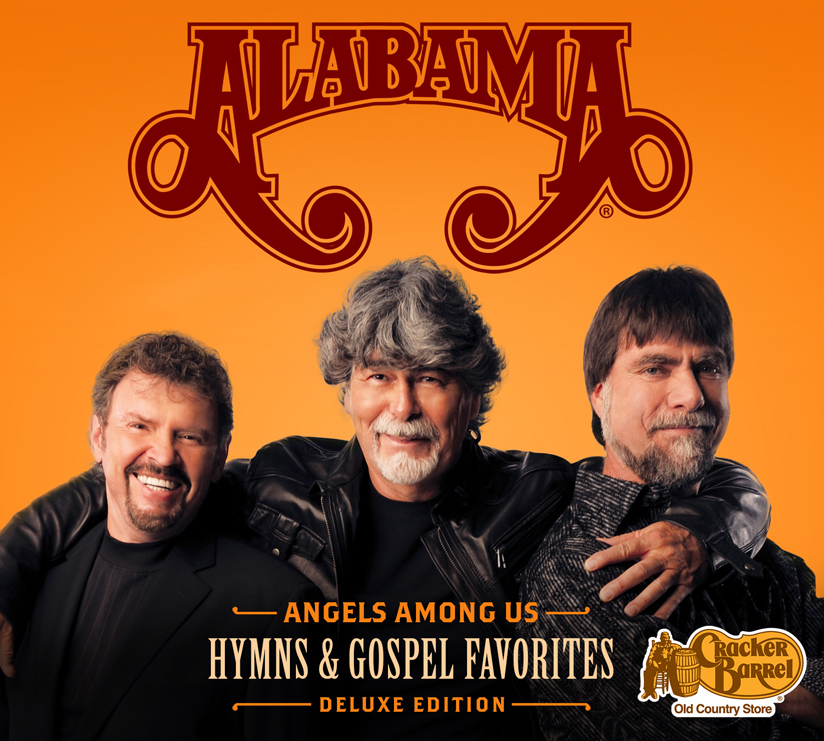 Containing a total of 15 songs, the album retails for $11.99 at all 632 Cracker Barrel Old Country Store® locations and online at crackerbarrel.com.

The songs featured on Angels Among Us: Hymns & Gospel Favorites: Deluxe Edition include traditional hymns, new songs and a live version of the title cut, which is a classic Alabama hit from the early ‘90s. The three bonus cuts on the Deluxe Edition album are “Knights of Molite,” “The Last Altar Call” and “Oh, The Lord Has Been Good to Me.”