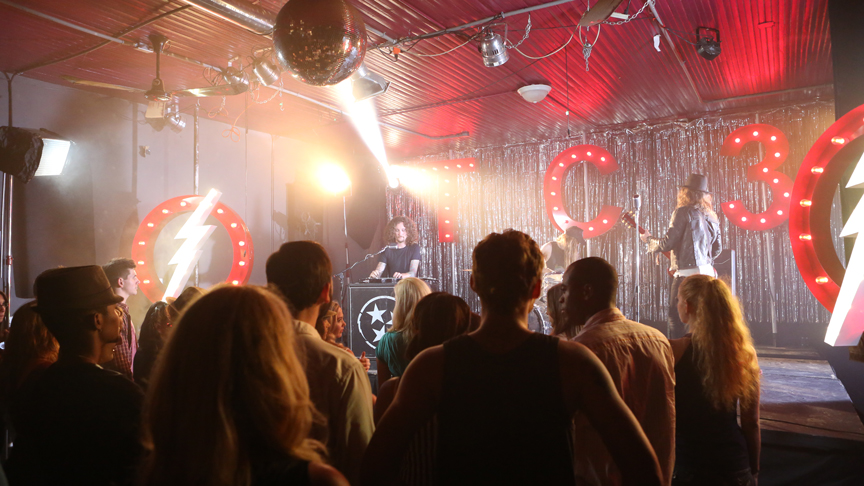 Girls, gigs, guitars and a damn-good time have become ubiquitous with THE CADILLAC THREE so it’s no wonder that their brand new video for “Party Like You” will leave fans “feeling like a Saturday night,” “buzzing like a Miller Lite sign” and definitely on “a wild ride!” Join the “Party” via VEVO.

“Despite numerous party tunes on the radio, TC3 still knows how to stand out from the crowd,” raves Country Weekly. “It’s a perfect summertime tune that’ll sound just right in these hot days ahead.”

One of Rolling Stone Country’s 10 New Artist You Need to Know: Summer 2014, TC3 is currently on the road with Jake Owen’s DAYS OF GOLD TOUR 2014 and wrapped European dates with Eric Church earlier this year. This fall, TC3 will join labelmates Florida Georgia Line for “This is How We Cruise” aboard the Norwegian Pearl.