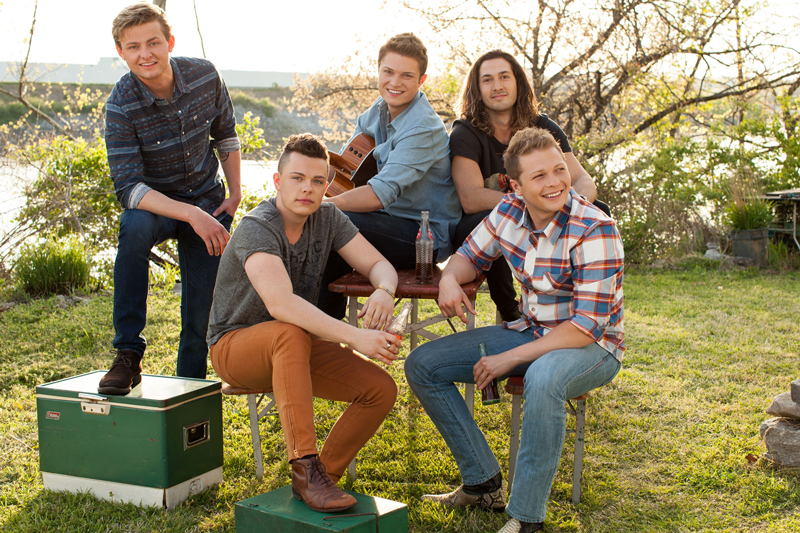 Newcomers Chasin’ Crazy (RPM Entertainment) release their new music video for their debut single “That’s How We Do Summertime.” It can be seen at chasincrazy.com. The five-member group (Jimmy James Hunter, Forest Miller, Landon Parker, Creigh Riepe and Travis Fincher) took to Old Hickory Lake in Nashville and to the West Nashville Baseball League fields to film the video.

“We started out filming on a giant houseboat, and transitioned over to a bonfire scene later that night at our producer Blake Chancey’s farm,” said Reipe.

“It was an incredible experience and we think that we were able to capture how WE do summertime, which is all about hanging with friends and family,” added Hunter.

The band’s organic vocal harmonies highlight “That’s How We Do Summertime,” an up-tempo, infectious, feel-good song about being with friends and enjoying all that summertime has to offer. Recorded at Westwood Studios in Nashville, the song was produced by Marti Frederiksen and Blake Chancey. They remain in the studio with Chasin’ Crazy working on the group’s debut EP due out later this year. The single is available for purchase at iTunes: smarturl.it/CC_Summertime.