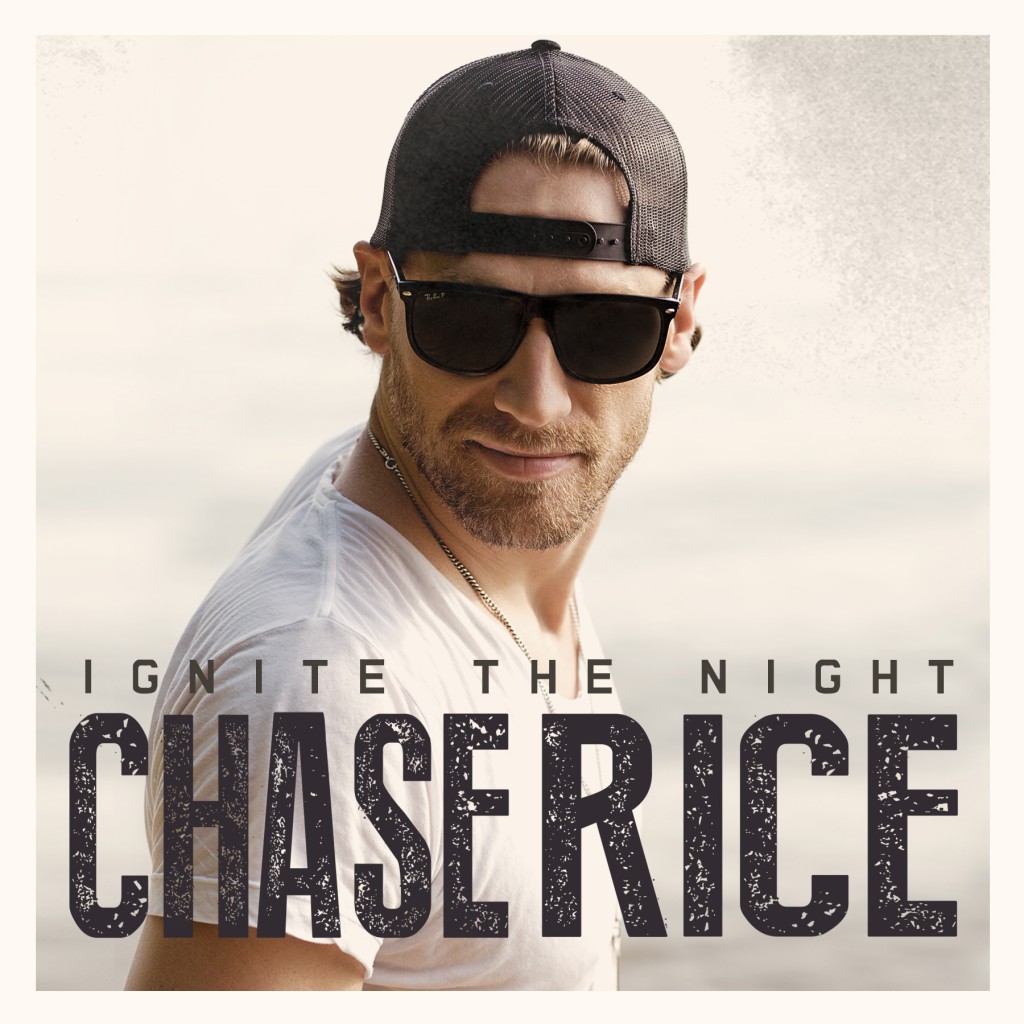 After pre-order demands pushed country music star Chase Rice’s highly-anticipated new studio album to the top of the iTunes Country Albums chart, fans can finally get their hands on Ignite the Night at retailers worldwide Aug. 19.

The 15-track compilation from Columbia Nashville/Dack Janiels Records was produced by Nashville hit-maker Chris DeStefano and includes the Gold-certified, Top 15-and-climbing lead single “Ready Set Roll,” which Rice also co-wrote along with 11 other tracks on the physical album and three of the four bonus songs included in a special iTunes “Party Edition.”

To celebrate the album’s release, Rice headlined a show at the Bowery Ballroom in New York on Monday, Aug. 18, playing an energetic 90-minute set to a sold-out crowd. Proceeds from the show were donated to The Leukemia & Lymphoma Society’s “Light The Night” campaign in honor of Rice’s late father, whose birthday also coincides with the album release date. Rice took a moment on stage to present the donation to representatives from the organization before performing his poignant and personal hit, “Jack Daniel’s and Jesus.”

“My album comes out at midnight tonight, but even more importantly it’s my dad’s birthday at midnight,” said Rice. “My dad struggled with melanoma and passed away six years ago from a heart attack, and tonight we wanted to make this about more than just the music. Tonight we wanted to give back and LLS’s ‘Light The Night’ campaign is a great way to bring the two together with Ignite the Night.”

“I am overwhelmed by the tremendous generosity of Chase Rice, who is committed to giving back and making a difference for blood cancer patients by helping LLS fund lifesaving research,” added Louis J. DeGennaro, Ph.D., interim president and chief executive officer, and chief mission officer of The Leukemia & Lymphoma Society. “We are looking forward to another outstanding ‘Light The Night’ campaign this season as we work together to raise funds in the fight against cancer.”

Many are impressed by Rice’s powerful “new country” kind of sound. Michael McCall of the Associated Press raves, “…the huge crowds rallying behind the singer’s contemporaries will find plenty to like about Ignite The Night and the clever ways he’s found to enliven this new country trend.” Jon Caramanica of the New York Times wrote, “Many songs here are convincing — ‘How She Rolls’ is prime power country — and it’s clear that Mr. Rice has studied the playbook closely.”

According to the Tennessean’s Nate Rau, Rice’s highly ancipated record “represents the new reality in the music industry where major labels are thinking outside the box in order to make a buck. It also represents a victory lap for Rice, whose own biography is wholly unique.”

Also in conjunction with the album launch, Rice has teamed up with Townsquare Media to give fans the chance to win a 1986 Chevy Silverado – up-fitted to resemble Rice’s own prized ride – through a contest currently running on Taste of Country and The Boot. The $20,000 truck will be presented to one lucky winner after the contest closes at 11:59 p.m. EST on Monday, August 25. To find out more and how to enter, click here.

Rice continues to perform headlining dates across the country and will kick off his Ignite the Night Tour on Sept. 5 in Denver, Colo. The opening act for the tour’s inaugural date will be selected from a pool of final contestants in Snagajob’s The Hourly Gig contest, with which Rice partnered earlier this summer to give aspiring musicians the chance to perform in front of a sold-out crowd. Special guests Old Dominion and Michael Ray will also join Rice on select dates throughout the Ignite the Night Tour.