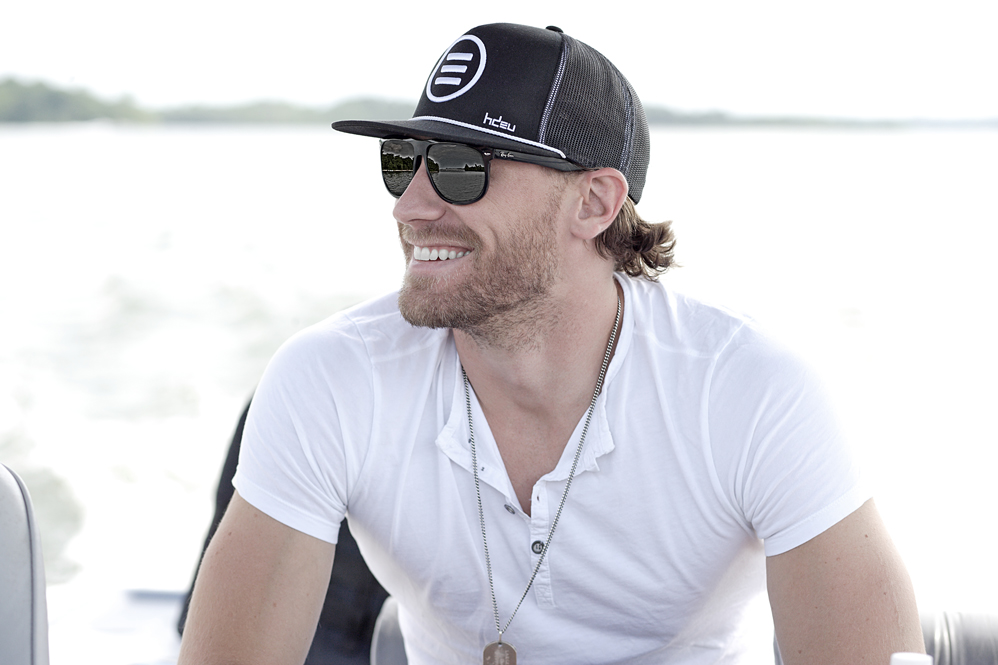 Snagajob and country music star Chase Rice have partnered together for the 3rd Annual Hourly Gig contest, to give hourly workers or job seekers the chance to pursue their musical passions.

We caught up with Chase to chat with him about his partnership with Snagajob’s Hourly Gig Contest. See what he tells us about his role in the contest, and opportunities, such as this contest, for aspiring artists.

CountryMusicRocks: You’ve teamed up with Snagajob and the Hourly Gig Contest. Tell us a little about that opportunity and your involvement with it.

CountryMusicRocks: When opportunities come up like this, especially ones like Hourly Gig’s Contest, how would you best convey to aspiring artist the importance of participating in these types of opportunities that come along?

Chase Rice: There’s two things. One – it’s easy, Two – it’s hard.  The easy part is, it’s a clear cut way to submit your video, get it out there and tell your friends to vote for it. But then at the same time, they have to fight for it a little bit. It’s not just given to somebody, you’ve got to fight for it.  If they don’t know that getting into this  industry that you’re going to have to really fight for what you want, then they are not going to make it in this industry at all. You’ve got to fight with everything you got in this industry. This is teaching them both things, it gives them an easy opportunity, but at the same time they do still have to fight to get the opening slot. It’s a good lesson that they need to learn early.

CountryMusicRocks: What inspired you to get involved with Snagajob and this campaign?

Chase Rice: I had a bunch of other jobs I was doing before music.  I was working in NASCAR, I was a struggling musician. I’ve had those jobs and I’ve done so much before I did music, that I understand really someone else that another job and is trying to fight to get in to the music industry.  We have a lot in common, me and these people trying to get this opening spot.  It’s a good marriage with Snagajob to give somebody this opportunity.

CountryMusicRocks: Since the winner of the Hourly Gig Contest wins the spot to open for you in Denver, is it safe to say that you’ll be watching their performance?

Chase Rice: Oh yeah! Oh yeah! This isn’t just an opening slot to me. I’m opening for Dierks [Bentley] right now, and I see him on the side stage watching my show sometimes. That inspires me to give the best show I can possibly give. He’s given me the opportunity and I want to impress him. I want to show him that I’m giving everything I’ve got to his crowd. So I definitely want to see what this person has got. Another thing for me to see is the excitement from someone.  I’ve been doing it for a little while now, I don’t have the “freshness” that a rookie would have I guess you could say. I remember Ben Gallaher last year who won it, and I saw him play. He was excited to be there. I’m excited to have someone that I’m sure will have that same excitement to be there.

CountryMusicRocks: Being an artist who has truly worked hard & still working hard for where you are at today in your career, what advice would you offer to aspiring artists who are trying to get their foot in the door in this industry?

Chase Rice: If you have a vision, stick with it. I’ve had so many people tell me I’m doing it the wrong way, that it was never going to work, my music was never going to work. Just kind of laugh that off. I’ve put a great team around me, saw the vision of how I wanted to build this thing, and they were there for me and understood how I wanted to do it. So surround yourself with really good people, and stick to your vision and I think you’ll have success right there.

Rice is currently touring the country to promote his new album Ignite the Night, available August 19.

To learn more about the contest, including official rules, visit: www.TheHourlyGig.com and submit your entry.

In addition to Rice’s partnership with Snagajob, he is currently touring the country to promote his new album Ignite the Night, available August 19.