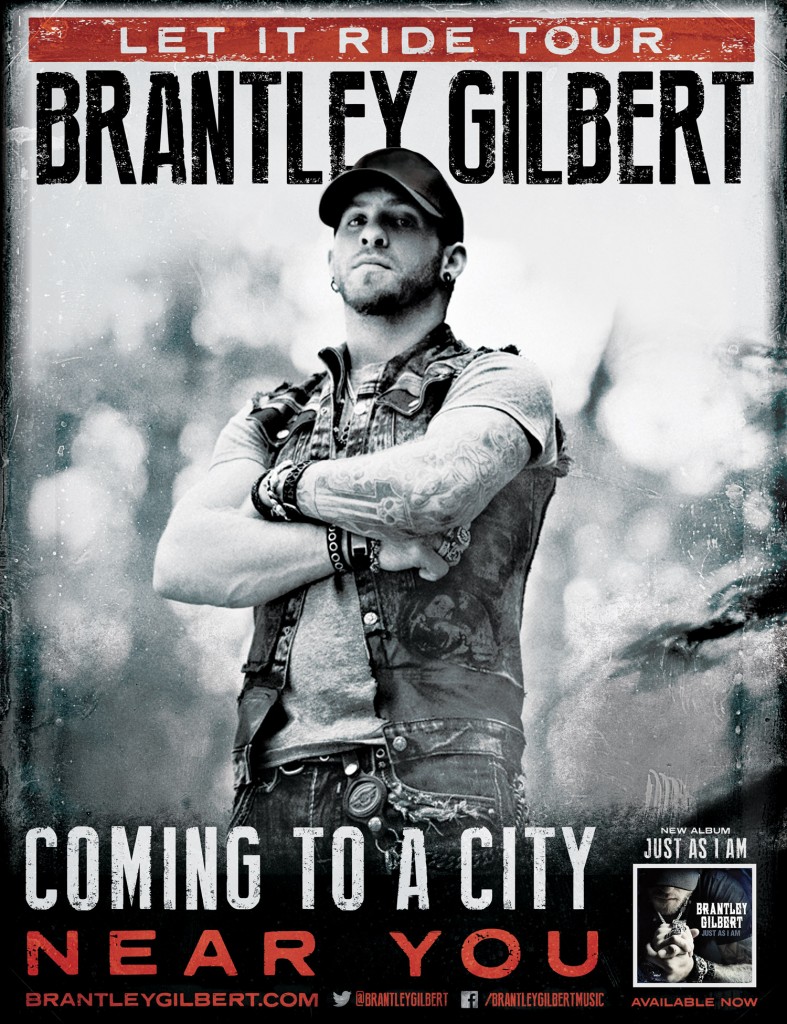 Continuing to build on an already stellar year, Brantley Gilbert strikes another career high-mark with the GOLD-certification of  JUST AS I AM (The Valory Music Co.). His third studio album, which debuted at #1 on Billboard Country Albums Chart, also scored the third highest album debut of the year with over 212,000 copies sold in the first week.

Earlier this week, Brantley and his sidekick Sylo revealed dates and opening acts for the second leg of his LET IT RIDE TOUR through a special video to the BG Nation. The announcement also included footage from the first part of the tour, showing fired-up performances from the multiple sold-out shows last spring. This round is set to kick off on September 19 in Austin, TX.  Aaron Lewis as direct support 9/19 through 10/25 and Tyler Farr as direct support 10/30 through 12/6. Chase Bryant will be opening all dates.