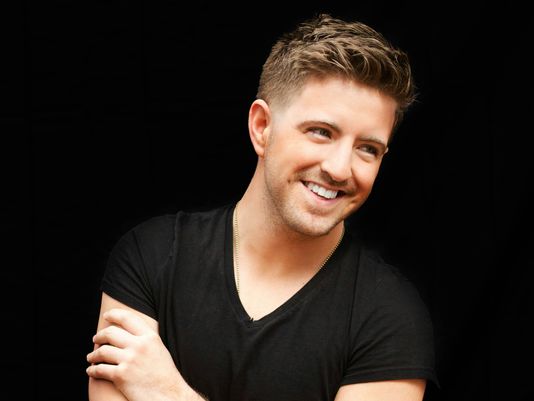 Multi-platinum selling and Grammy nominated artist Billy Gilman makes a strong comeback with his new single “Say You Will,” which he co-wrote with Dan Murph and Philip Douglas.

USA Today is exclusively premiering the song today. Click HERE to go to USAToday.com to listen to “Say You Will” and read more about Billy Gilman. “Say You Will” will be available for sale at all digital retail outlets this month. Click HERE for more details.

“Say You Will” is the first solo single Gilman has released since 2008. In 2012, the Rhode Island native accomplished a great feat by recruiting 18 of his fellow country superstars including Keith Urban, Reba McEntire, Alan Jackson, Randy Travis, Josh Turner, Vince Gill, Amy Grant, Kenny Rogers and others to collaborate on a charity single “The Choice” that he co-wrote with Dan Murph and Philip Douglas. The songwriting trio donated 100% of the proceeds including the songwriting and publishing shares to Soles4Souls which helped to bring attention to the plight of children in desperate need of shoes.

Billy burst on to the national stage in 2000 releasing the hit single “One Voice” which held the #1 spot for seven consecutive weeks. At only 11 years old, he became the youngest singer to land on the the Top 40 country charts and his debut album was certified double platinum by the RIAA. He was included in the Guinness Book of World Records for being the youngest singer to ever reach #1 on the Billboard Top Country Album charts. Since his debut, Billy has sold over 10 million albums worldwide (5 million sold before he was 16 years old), garnered awards and nods from the Grammy’s, Academy of Country Music, the Country Music Association, Billboard Magazine among others. He has performed on every major national television show including Today Show and Oprah multiple times.

Now 26, looking and sounding better than ever, Billy is eager to come back and share his new music and new sound with his fans. “It took me a good while to figure out exactly who I was, musically speaking,” he says. “As a little kid, sometimes I was just told what to sing. But now I have enjoyed coming into my own and discovering what it really is that I want to sing. I think that my fans will be pleasantly surprised with what they hear.”

Billy has continually been writing and working on his music since he ‘left’ the spotlight almost a decade ago. All the while, he has been a tireless supporter of charitable work having raised over $2 million through philanthropic concerts and appearances. He has worked with St. Jude (at the request of Marlo Thomas) and was a celebrity ambassador for the Muscular Dystrophy Association (MDA). He has worked closely and hosted the national broadcast of the annual Telethon with Jerry Lewis for the past seven years. Billy won the honorable Director’s Award for his philanthropic and tireless work with the MDA.