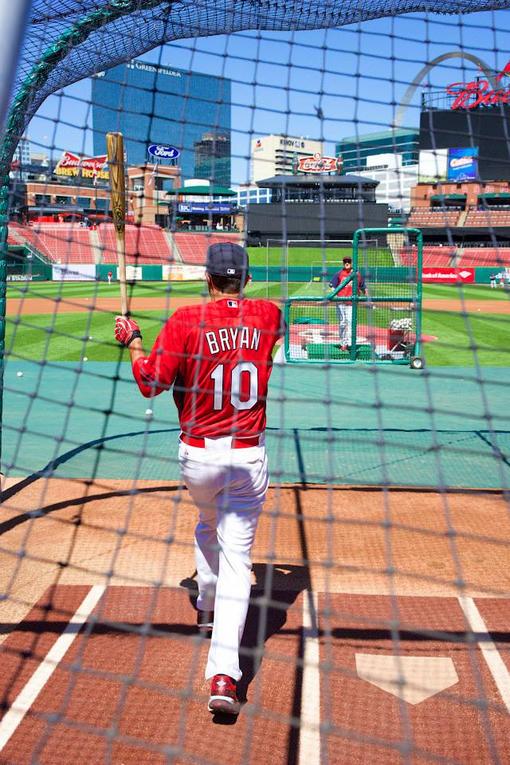 While in town for his That’s My Kind of Night Tour, Luke Bryan stopped by Busch Stadium to take batting practice with the St. Louis Cardinals late last week. Luke’s pal, Cardinals starting pitcher Adam Wainwright, set up the Major League practice in the midst of the country superstar’s two-night stand in The Gateway City. 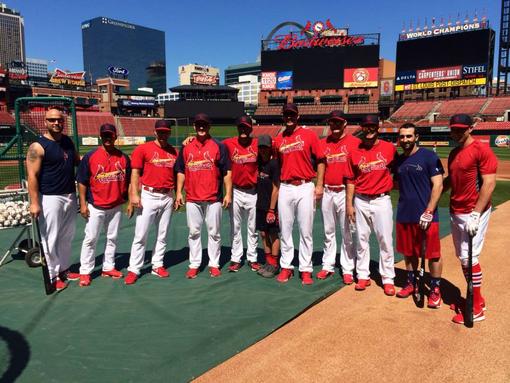 “Just took some BP with the Cardinals. Wainwright – Waino – hooked me up, had an awesome day. Great weather. Two sold-out shows out at the Verizon Amphitheater. Thank you, St. Louis…Go Cardinals.”

The Georgia native recently spent four weeks atop the Billboard country chart with “Play It Again,” and will certainly play it when he gets to Detroit on Wednesday for a two-night run of his That’s My Kind of Night Tour.