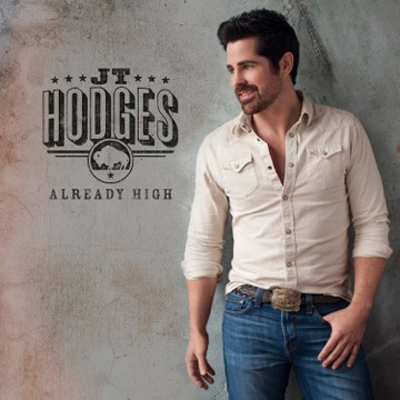 Written by Hodges and Kevin Griffin, (lead singer of Better Than Ezra and has written hits for Taylor Swift, Sugarland), “Already High” is sure to be the soundtrack of summer 2014! With an infectious lead in, fans will be hooked from the first beat of the song. Hodges then brings in the lyrics that include a list of any man’s poison of choice, including a beautiful woman. JT doesn’t need anything but his love, singing, “when I need a hit girl, when I need a fix, your blue jean curves always do the trick”.

Regarding the lyrical composition, Hodges shares, “Kevin and I were talking about what beers and/or liquors we preferred the day we were writing this one. You know, the deep stuff guys talk about. We also went on to admit that too much of the stuff sometimes had our ladies making us sleep on the couch… Kevin then began to lay down this killer groove and we basically wrote an apology to them, professing there’s no better high than the love they give us.”

Taking an honest approach on love, JT gives country fans a new love song for summer! You can hear a teaser of “Already High” HERE and head on over to iTunes so you can turn it up all summer long!

“Already High” is available on iTunes now by clicking HERE.