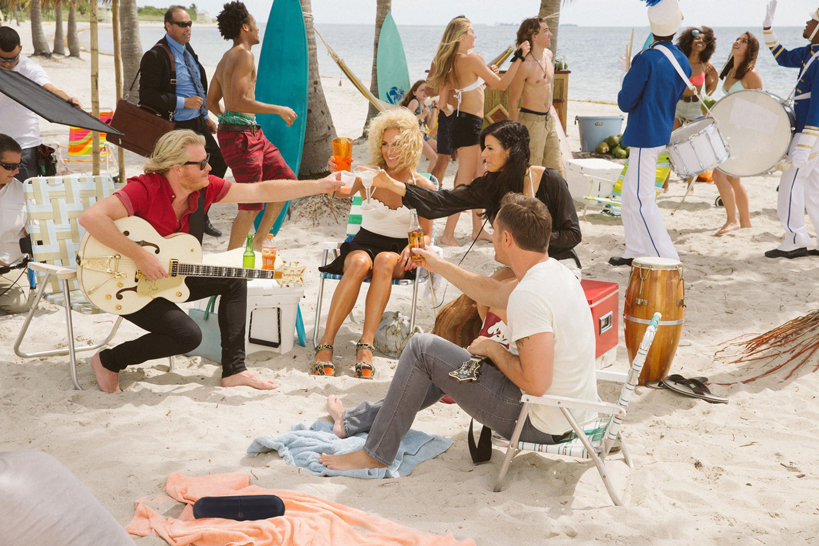 Little Big Town hit the beach to do a little “Day Drinking” in their brand new video, which exclusively premiered on People.com June 25.

The video, directed by Declan Whitebloom (Demi Lovato, The Fray, One Direction), was shot in multiple locations in Miami, FL and features the foursome stuck on the Old Port Bridge, day drinking and lounging on the beach, and performing in front of a graphic black and white graffiti wall in the Wynwood Arts District.

“Day Drinking” is the lead single off of their forthcoming sixth studio album due this fall on Capitol Records. The new tune was released for purchase at digital retailers on June 3 and the band performed the song’s television debut the following night on the CMT MUSIC AWARDS.  To view the colorful performance click here.

Since the infectious track’s release, press and fans alike have dubbed it their next big summer hit. USA Today selected it as their ‘Song of the Week’ saying “With its whistle hook, drum-line percussion and not one but two guitar solos, Day Drinking is sure to be the year’s tailgating anthem.” Billboard calls it “a happy, hooky, cheery, season-appropriate song for the summer of 2014.”